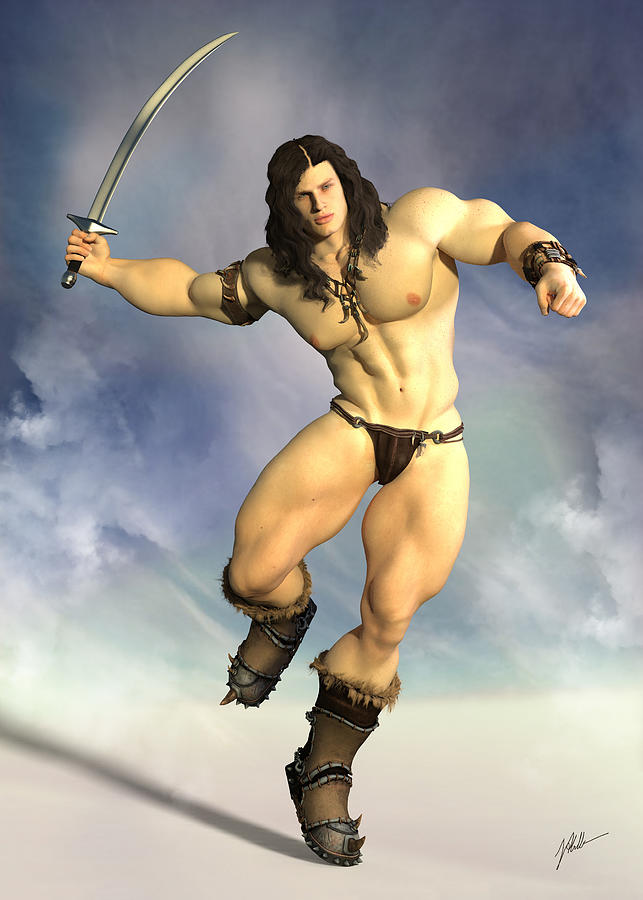 Conan the Barbarian is a fictional character created in 1932 by writer Robert E. Howard for a series of stories intended for the pulp story magazine Weird Tales. Conan is an archetypal character, the most famous representative of his genre, the so-called sword and witchcraft, and a classic of 20th century American fantasy.

Since its inception it has appeared in books, comics, movies, television shows, video games, or role-playing games, as well as other media. He lived in the fictional Hiboria Era, between the years of the sinking of Atlantis and the years of the Aryan migrations. Source: Wikipedia.

Thank you dear Heidi. We are surrounded by heroes and heroines and at the same time villains. You just have to watch the news.

You work brings tales of heros and heroines to life Joaquin and are always perfectly executed. Aloha