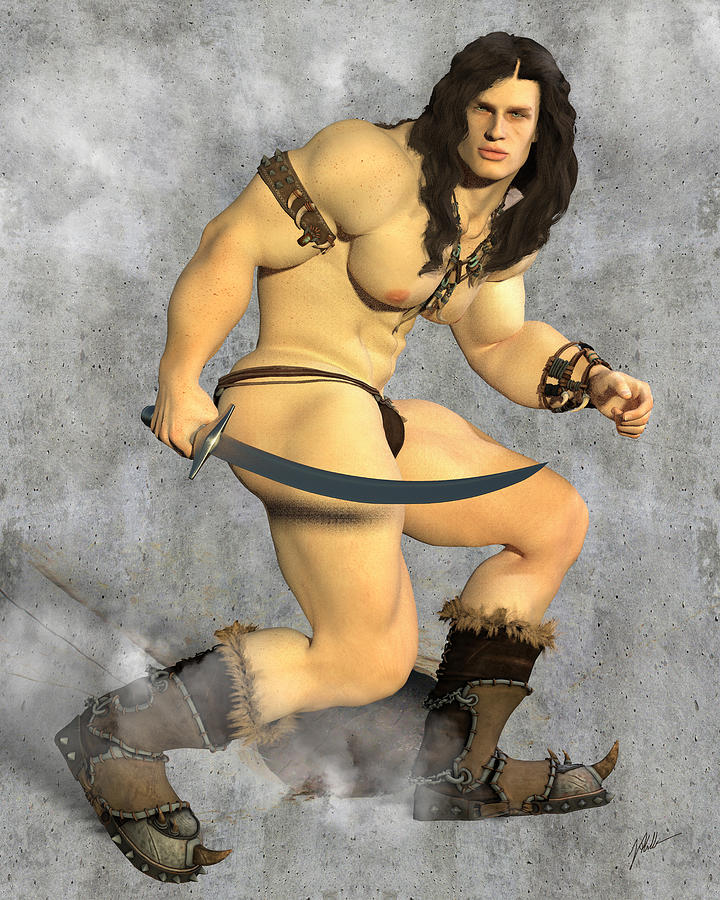 Conan the Barbarian is a fictional character created in 1932 by writer Robert E. Howard for a series of stories intended for the pulp story magazine Weird Tales. Conan is an archetypal character, the most famous representative of his genre, the so-called sword and witchcraft, and a classic of 20th century American fantasy.

Since its inception it has appeared in books, comics, movies, television shows, video games, or role-playing games, as well as other media. He lived in the fictional Hiboria Era, between the years of the sinking of Atlantis and the years of the Aryan migrations. Source: Wikipedia.