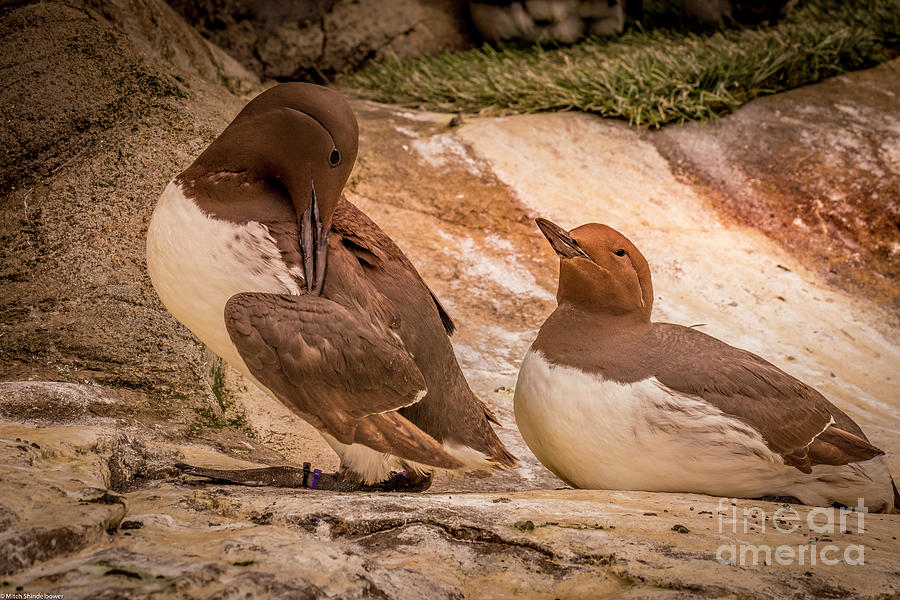 Common murres breed in colonies at high densities. Nesting pairs may be in bodily contact with their neighbours. They make no nest; their single egg is incubated on a bare rock ledge on a cliff face. Eggs hatch after ~30 days incubation. The chick is born downy and can regulate its body temperature after 10 days. Some 20 days after hatching the chick leaves its nesting ledge and heads for the sea, unable to fly, but gliding for some distance with fluttering wings, accompanied by its male parent.[3] Chicks are capable of diving as soon as they hit the water. The female stays at the nest site for some 14 days after the chick has left.

Both male and female common murres moult after breeding and become flightless for 1–2 months. In some populations they occasionally return to the nest site throughout the winter. Adult birds reduce the time that they spend flying during the winter and are able to forage nocturnally.