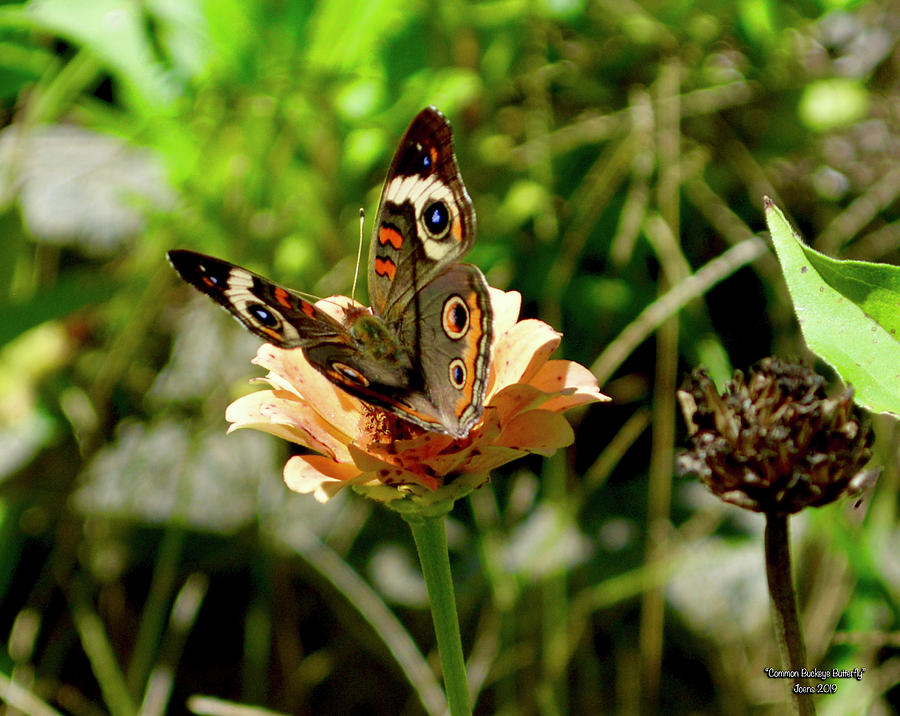 Junonia coenia, known as the common buckeye or buckeye, is a butterfly in the family Nymphalidae. Its original ancestry has been traced to Africa, which then experiences divergence in Asia.

Adult butterflies feed on flowers with certain pollinator cues: yellow flowers that are 'pre-change', or flowers whose color has not been changed due to insect visitation or other factors. Common buckeye caterpillars feed in isolation rather than relying upon grouping behaviors. Vulnerability to the Junonia coenia densovirus is another concern for survivorship of common buckeye larvae.