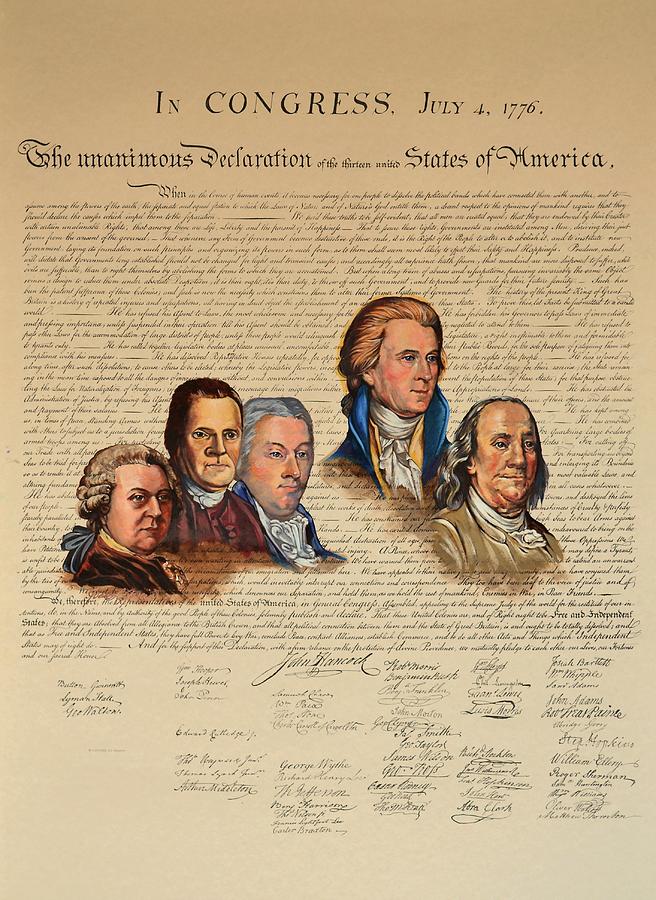 Thomas Jefferson, Benjamin Franklin, John Adams, Roger Sherman and Robert Livingston were selected to draft the Declaration of Independence. Called the Committee of Five they were selected at the Second Continental Cross and presented the draft to the presented the final draft to Congress on June 28, 1776. These five portraits was painted in acrylic on a reproduction of the Declaration of Independence.