Comes As A Pair 2 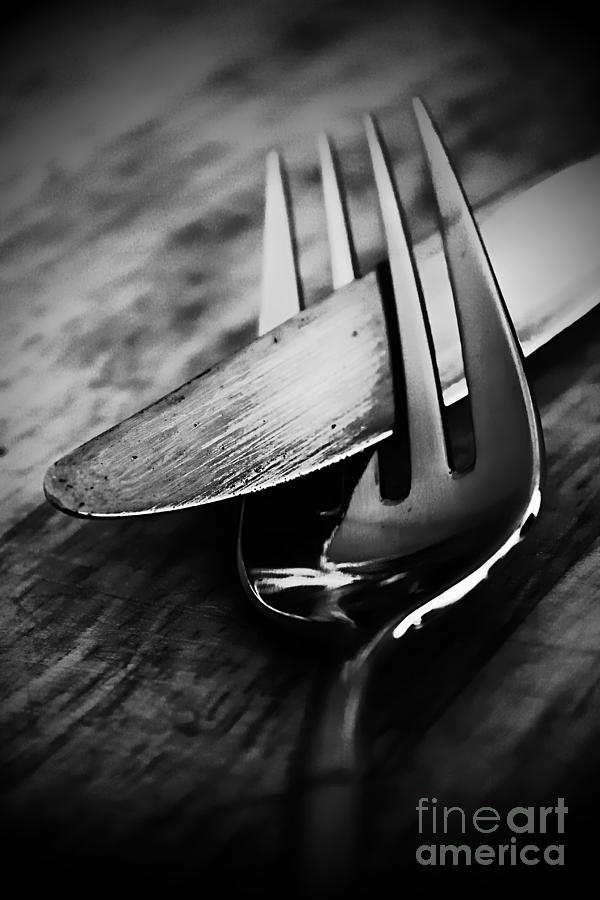 Comes As A Pair 2

A brief history of knives and forks,

Table knives were introduced around 1600, but long after knives were adopted for table use, they continued to be used as weapons. Thus, the multi-purpose nature of the knife always posed the conceivable threat of danger at the dinner table.
The word �fork� comes from the Latin �furca� and the Old English �forca�. Small forks used for eating first appeared in Tuscany in the 11th century, but they were still a rarity in Italy by the 14th century.
Kitchen forks trace their origins back to the time of the Greeks. These forks were fairly large with two tines that aided in the carving and serving of meat. The tines prevented meat from twisting or moving during carving and allowed food to slide off more easily than it would with a knife.

The watermark will NOT appear on the final piece