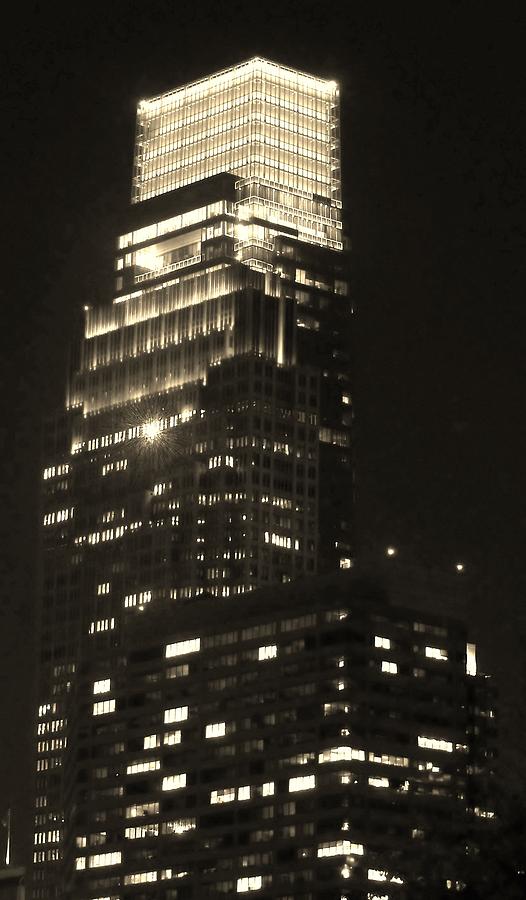 Philadelphia's Comcast Center during an October evening. Opened in June 2008, the Comcast Center has 58 stories and stands approximately 975 feet, making it the city's tallest building. It is named for the Comcast Corporation, which utilizes the building as its corporate headquarters. This photograph was taken in October 2013.