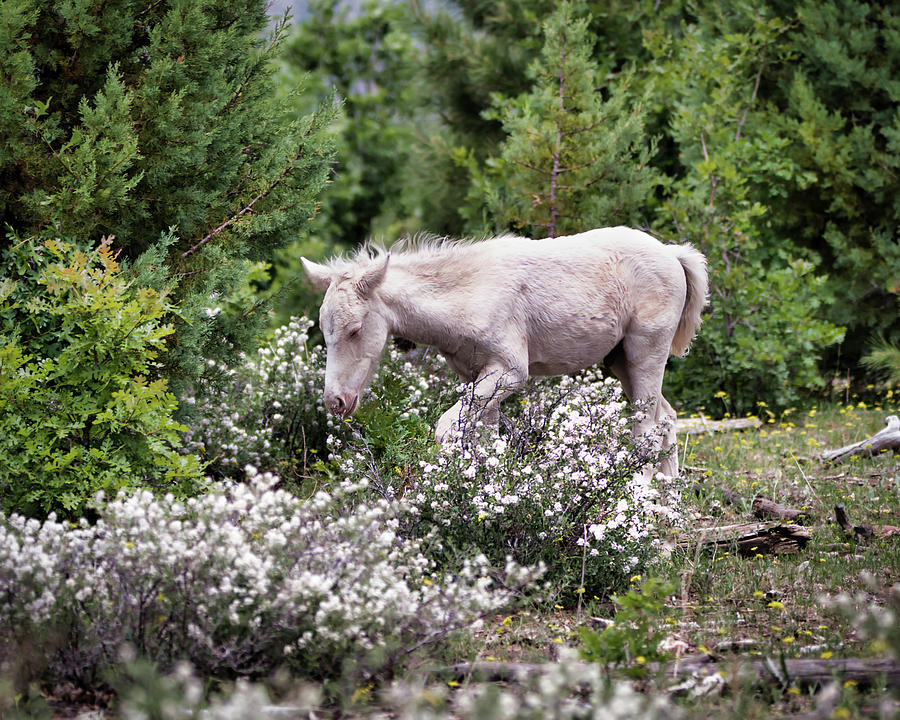 The Heber Wild Horses in the Apache-Sitgreaves National Forests are truly the "Living Symbols of the West.'' For hundreds of years, since before the United States declared its independence from Great Britain, wild horses have roamed the Mogollon Rim Country in Arizona. Evidence indicates ancestors of today's Heber Wild Horses were of Spanish stock brought by the Coronado Expedition in 1540 and then again by Father Eusebio Kino in 1653. The Heber Wild Horses are ancestors of the original Spanish horses which were the mighty Andalusian war horse whose origins go back more than 28,000 years to the original Iberian horse; the magnificent Spanish Barb; and the graceful and fluid Spanish Jennet. Andalusians were the mount of many of the great kings of Europe; and the strong bloodlines of these original horses appear almost unchanged in Heber Wild Horses more than 400 years later.

The Heber Wild Horses are the direct descendents of the Spanish horses were prized by the Spanish Conquistadors so highly that the foals were carried in hammocks to protect their legs until they were old enough to travel on the long marches, prized by the early cattlemen for their endurance and heart, and were the very mounts of the U.S. Cavalry in the West.

May they always be wild and free...