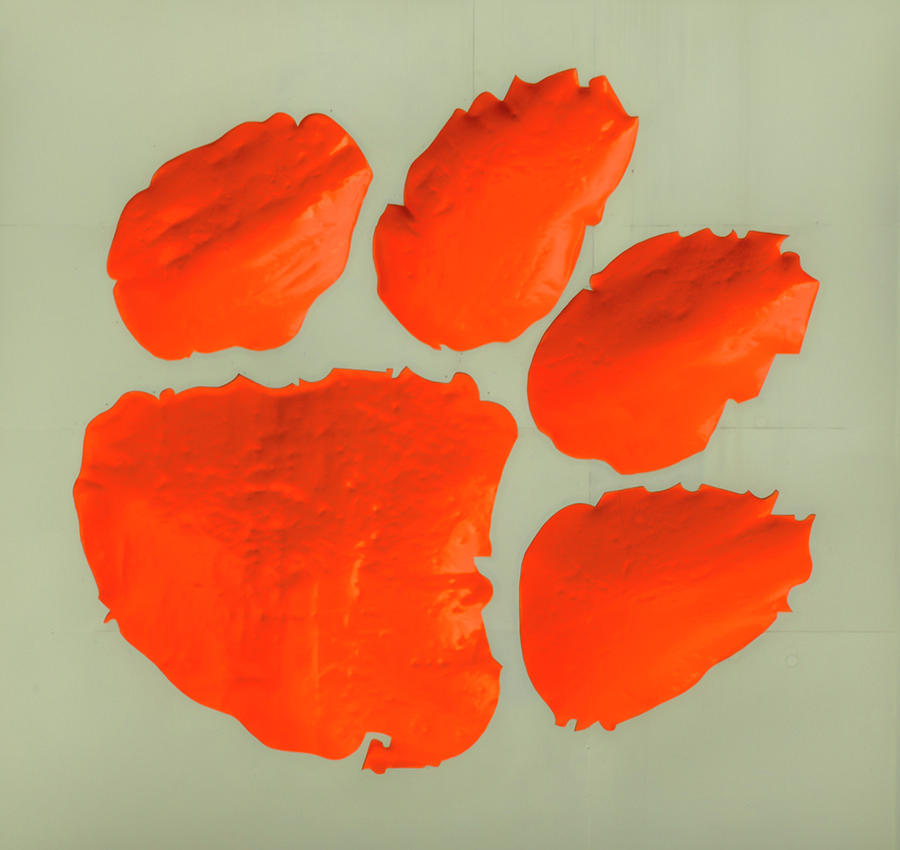 The Clemson Tigers represent Clemson University in the sport of American football. The Tigers compete in the Football Bowl Subdivision (FBS) of the National Collegiate Athletic Association (NCAA) and the Atlantic Division of the Atlantic Coast Conference (ACC). Consistently ranked among the most elite college football programs in the United States, the team is known for its storied history, distinctive helmet, fight song and colors as well as the many traditions associated with the school.

Formed in 1896, the program has over 700 wins and has achieved three consensus Division I Football National Championships in the modern era, and were College Football Playoff National Championship Finalists in 2015, 2016, and 2018, winning the championship game over the Alabama Crimson Tide for the 2016 and 2018 seasons. Clemson has had 6 undefeated seasons, 4 consecutive College Football Playoff appearances, 24 conference championships, 7 divisional titles, and has produced over 100 All-Americans, 17 Academic All-Americans and over 200 NFL players. Clemson has had seven members inducted into the College Football Hall of Fame including former players Banks McFadden, Terry Kinard, Jeff Davis, and former coaches John Heisman, Jess Neely, Frank Howard, and Danny Ford.
Clemson's streak of eight consecutive 10 win seasons ranks second in active streaks behind the Alabama Crimson Tide. The Tigers have had fifteen seasons with 10 wins or more, nine of them with 11 to 12 wins or more by the end of the postseason.
With 25 total conference titles, Clemson is one of the founding members of the ACC, and holds 19 ACC titles, the most of any member, and holds the most combined conference football titles of any Atlantic Coast Conference school. The Tigers' most recent ACC championships were won "five in a row" from 2015 to 2019, the latter with a 12–0 regular season and a 62-17 win over the Virginia Cavaliers.
Among its seven undefeated regular seasons, Clemson was crowned poll-era National Champions and finished with its third perfect season with a win over Nebraska in the 48th Orange Bowl, and was the National Championship Finalist Runner-up with a 14–1 record in 2015. The following season, Clemson won the National Title over #1 Alabama in college football's first National Championship rematch in 2016, and again in 2018. The Tigers have 44 bowl appearances, 19 of which are among the New Year's Six Bowls, including 9 during the "Big Four" era. Clemson has finished in the Final Top 25 rankings 33 times in the modern era, and finished in either the AP or Coaches Polls a combined 57 times since 1939.
The Tigers play their home games in Memorial Stadium on the university's Clemson, South Carolina campus. The stadium is also known as "Death Valley" after a Presbyterian College head coach gave it the moniker in 1948 due to the many defeats his teams suffered there. Currently, it is the 16th largest stadium in college football.

Comments, Likes and Favorites are appreciated.

Thank you to the buyer from Louisville, NC for the purchase of my image, "Clemson University Tigers Famous Tiger Paw 2" printed on a Beach Sheet! May this image and your Beach Sheet be a Blessing to you for years to come! 4/14/2012

Thank you to the buyer from Greenville, SC for the purchase of my image, "Clemson University Tigers Famous Tiger Paw 2" printed on a Face Mask! May this image and your Face Mask be a Blessing to you! 6/29/2020

Thank you to the buyer from Myrtle Beach, SC for the purchase of my image, "Clemson University Tigers Famous Tiger Paw 2" printed on a Face Mask! May this image and Face Mask be a Blessing to you for years to come! 6/16/2020