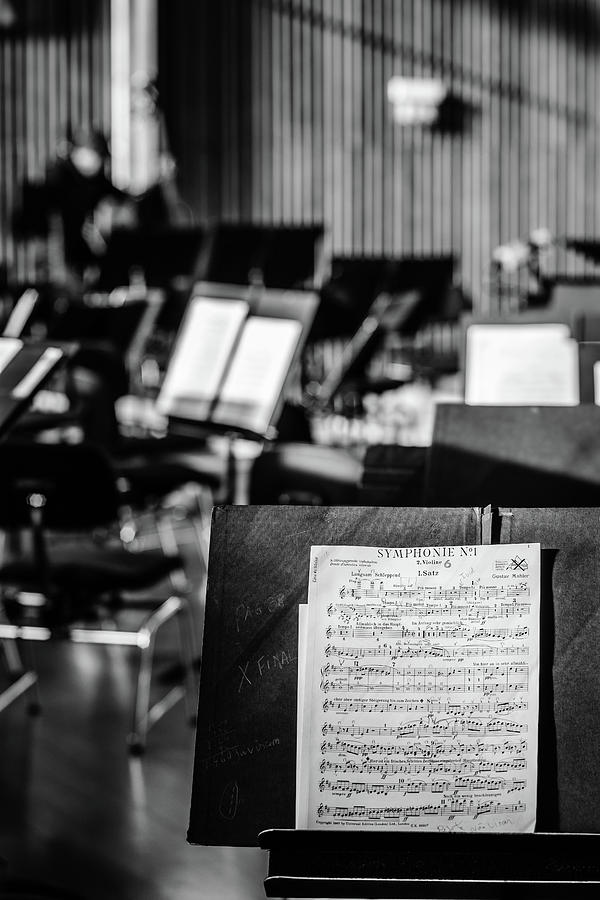 Detail of an annotated sheet music in a concert hall. In the background and out of focus, a cello player rehearses alone.


About the sheet music (from Wikipedia): The Symphony No. 1 in D major by Gustav Mahler was mainly composed between late 1887 and March 1888, though it incorporates music Mahler had composed for previous works. It was composed while Mahler was second conductor at the Leipzig Opera, Germany. Although in his letters Mahler almost always referred to the work as a symphony, the first two performances described it as a symphonic poem or tone poem. The work was premiered at the Vigado Concert Hall, Budapest in 1889, but was not well received. Mahler made some major revisions for the second performance, given at Hamburg in October 1893; further alterations were made in the years prior to the first publication, in late 1898. Some modern performances and recordings give the work the title Titan, despite the fact that Mahler only used this label for two early performances, and never after the work had reached its definitive four-movement form in 1896.

A neat perspective for sure...works very well in monochrome too.

I really like this image in black and white and with the narrow depth of field.