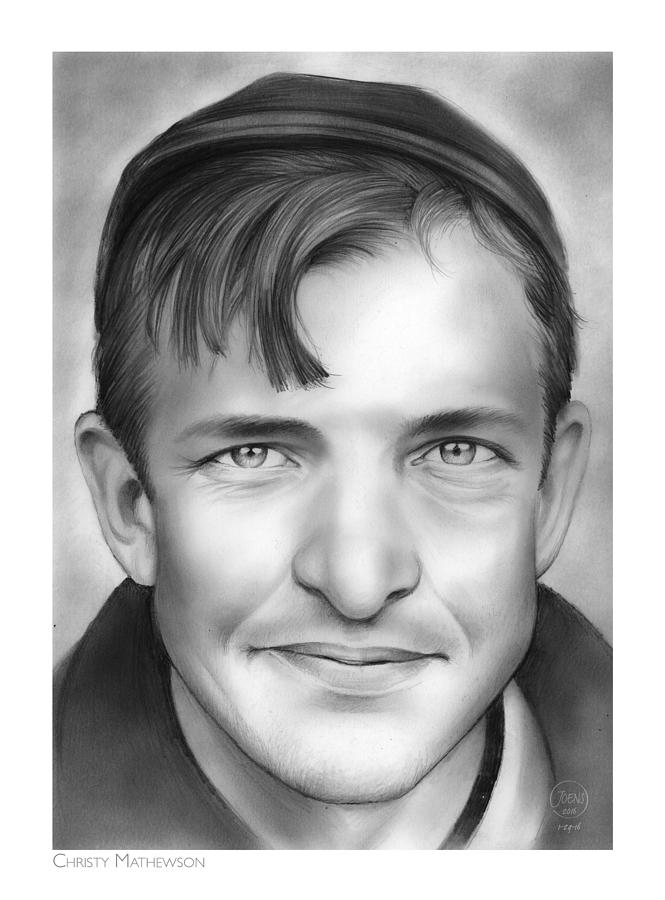 Christopher "Christy" Mathewson (August 12, 1880 – October 7, 1925), nicknamed "Big Six", "The Christian Gentleman", "Matty", or "The Gentleman's Hurler" was a Major League Baseball right-handed pitcher who played 17 seasons with the New York Giants. He was among the most dominant pitchers of his (or any) era and ranks in the all-time top-10 in major pitching categories including wins, shutouts, and ERA.[1] In fact, he is the only pitcher in MLB history to rank in the top ten both in career wins and in career ERA.[2] In 1936, Mathewson was posthumously elected into the Baseball Hall of Fame as one of its "first five" inaugural members.

Mathewson grew up in Factoryville, Pennsylvania, and began playing semiprofessional baseball when he was 14 years old. He played in the minor leagues in 1899 with a pitching record of 21 wins and two losses. He then started an unsuccessful tenure with the New York Giants the next season but was sent back to the minors. Mathewson would eventually return to the Giants and go on to win 373 games in his career, a National League record. In the 1905 World Series, he pitched three shutouts, leading to a Giants victory. Mathewson never pitched on Sundays owing to his Christian beliefs, contributing to his nickname. The pitcher also played professional football for the Pittsburgh Stars for a short period of time before quitting. Mathewson served in the United States Army's Chemical Warfare Service in World War I, and was accidentally exposed to chemical weapons during training; his respiratory system weakened from the exposure, he contracted tuberculosis and subsequently died of the disease in Saranac Lake, New York in 1925.