Chillin' Out On Cobbosseecontee Stream 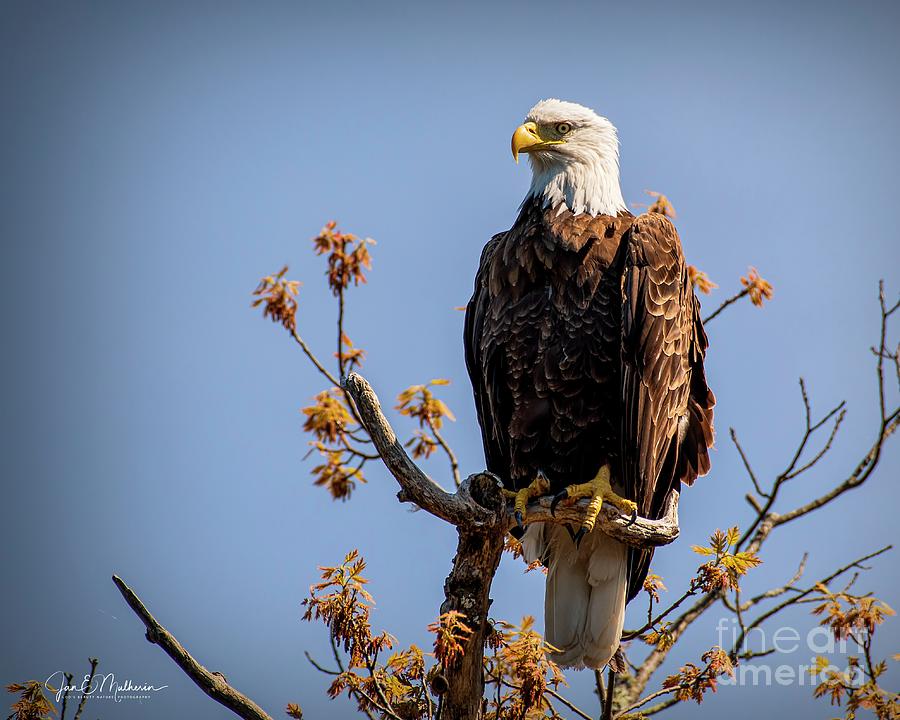 Chillin' Out On Cobbosseecontee Stream

Bald eagles are not actually bald; the name derives from an older meaning of the word, "white headed". The adult is mainly brown with a white head and tail. The sexes are identical in plumage, but females are about 25 percent larger than males. The beak is large and hooked. The plumage of the immature is brown.

The bald eagle is the national bird of the United States of America. The bald eagle appears on its seal. In the late 20th century it was on the brink of extirpation in the contiguous United States. Populations have since recovered and the species was removed from the U.S. government's list of endangered species on July 12, 1995 and transferred to the list of threatened species. It was removed from the List of Endangered and Threatened Wildlife in the contiguous states on June 28, 2007.(Wikipedia)

All photographs and artworks in this portfolio are copyrighted and owned by the artist, Jan Mulherin. Any publication, reproduction, modification, transmission, transfer, or exploitation of any of the content, for personal or commercial use, whether in whole or in part, without written permission from Jan Mulherin is prohibited. The images may not be copied, reproduced, manipulated or used in any way without written permission of Jan Mulherin. Any unauthorized usage will be prosecuted to the full extent of U.S. Copyright Law. All images on this web site are protected by the U.S. And international copyright laws. All rights reserved.

WOW, this is a majestic bird and capture, I love it

wow such an amazing bird my friend. Great piece of work.

Great capture of the eagle Jan!