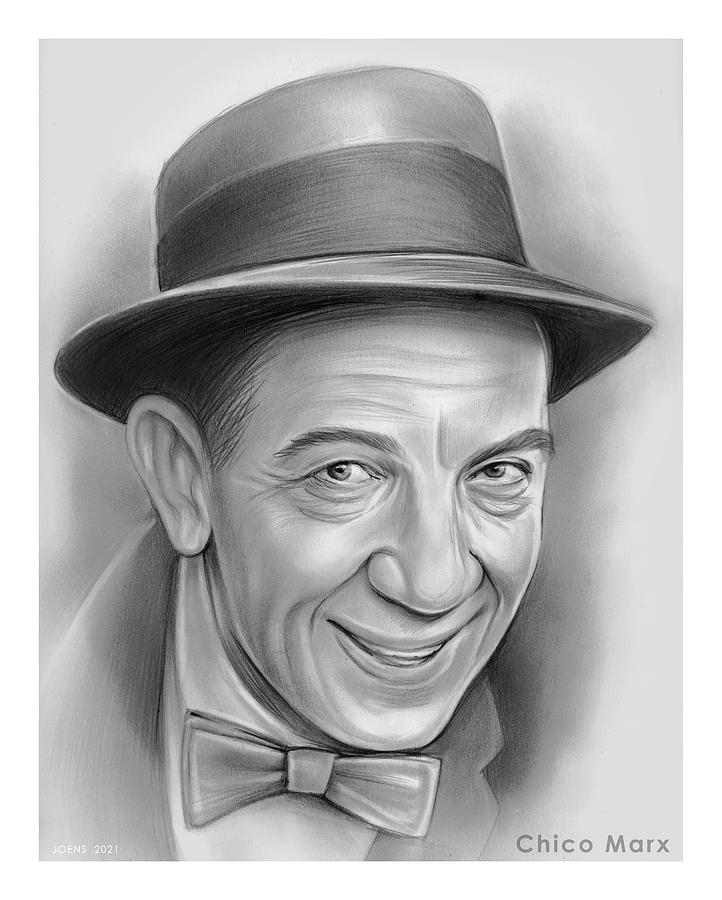 Leonard Joseph "Chico" Marx (March 22, 1887 – October 11, 1961) was an American comedian, musician, actor and film star.[1] He was a member of the Marx Brothers (with Groucho Marx, Harpo Marx, and Zeppo Marx). His persona in the act was that of a charming, uneducated but crafty con artist, seemingly of rural Italian origin, who wore shabby clothes and sported a curly-haired wig and Tyrolean hat. On screen, Chico is often in alliance with Harpo, usually as partners in crime, and is also frequently seen trying to con or outfox Groucho. Leonard was the oldest of the Marx Brothers to live past early childhood (first-born Manfred Marx had died in infancy). In addition to his work as a performer, he played an important role in the management and development of the act in its early years. Source: Wikipedia