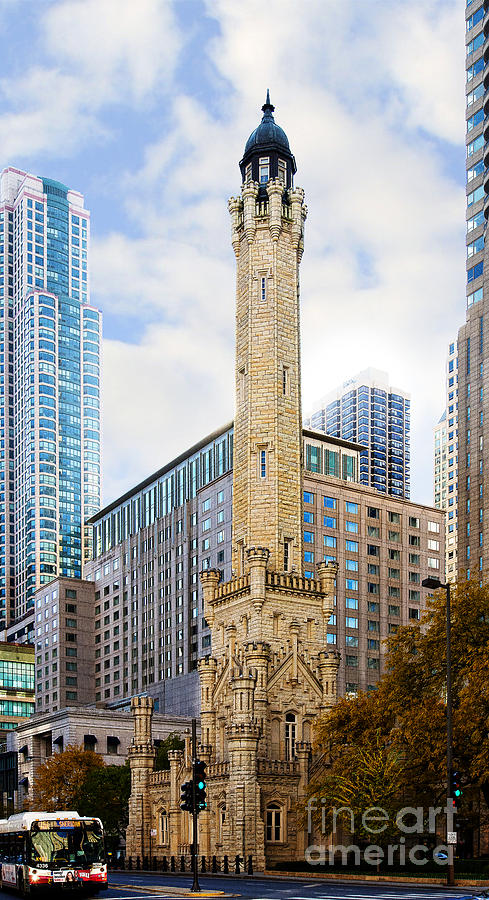 Chicago is known as the second city & it has nothing to do with NY. After Chicago burned to the ground in 1871, the great citizens of Chicago had a second chance to rebuild the city & this is where the name second city came from.

Technically the Chicago Water Tower was part of the First City. It was built in 1869 & still stands today. It is a tribute to those who help shape and build this city over the years. The tower still stands tall today. To me, it's a memorial for our great city.

In the midst of a great tragedy, our water tower braved the flames and stood tall. It gave everyone hope that we could rebuild and rise from the ashes. It also told our politicians that they should pass a law stating all structures must be brick & mortar instead of wood. As we all learned that wood buildings will burn really fast with the wind blowing. Oops!

Today the water tower stands 154 feet tall on Michigan Avenue in the Gold Coast. It is in the middle of one of the greatest shopping streets in the world called the Magnificent Mile. Tourists are always snapping photos of this historical landmark, in fact it looks like a giant castle.

Beautifully composed and fascinating to see this bit of history surounded by the modern blocks...L/F

Great capture of this historic tower!!

What an incredible piece of architecture!

Terrific shot of a landmark!

Terrific architectural capture! This intricate older building looks in such stark contrast to the more modern ones in the background. Great eye!

Fabulous capture of a great landmark. Love the technique used here along with the great composition in your presentation.

This is just a fabulous image of the water tower area...beautiful!

Beautiful work Cindy I love the way this focal point building in your picture is contrasted against modern skyscrapers.

Great capture of this magnificent structure.