Chapel Of The Holy Cross 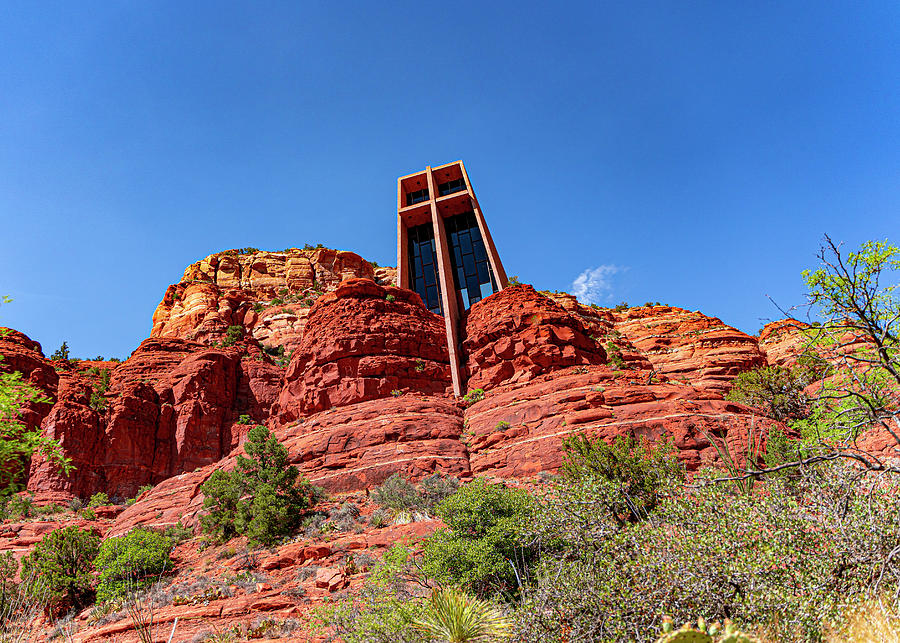 Chapel Of The Holy Cross

The Chapel of the Holy Cross, sitting high atop the red rocks in Sedona, Arizona, was inspired and commissioned by local rancher and sculptor Marguerite Brunswig Staude.In 1932 she was inspired to build such a church by the construction of the Empire State Building. Staude initially attempted to do this in Budapest, Hungary with the help of Lloyd Wright, son of architect Frank Lloyd Wright. However, their attempt was aborted due to the outbreak of World War II. With this unfortunate turn of events, she decided to build the church in her native home land, Arizona. Richard Hein was chosen as project architect, and the design was executed by architect August K. Strotz, both from the firm of Anshen & Allen. The chapel is built on Coconino National Forest land; the late Senator Barry Goldwater assisted Staude in obtaining a special-use permit. The construction supervisor was Fred Courkos, who built the chapel in 18 months at a cost of US$300,000.
The chapel was completed in 1956.