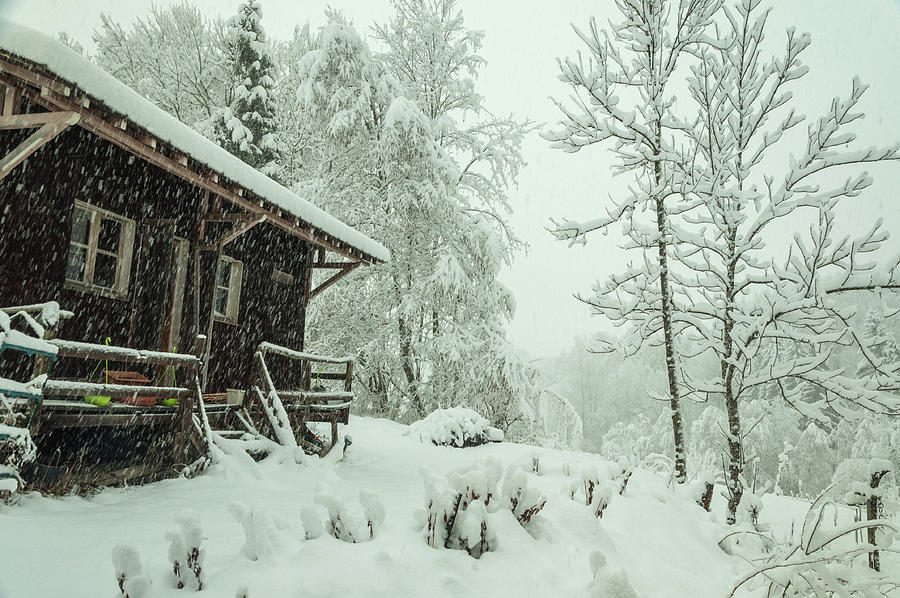 After heavy snowfall and a good hike out of the town of Morzine in France I found this chalet high in the mountains. The trees looked so pure as they had snow-laden branches. The area was so pristine and the snow was falling resulting in feint noises of lumps of snow falling off the trees and chalet roof.

Morzine is a commune in the Haute-Savoie department and Auvergne-RhĂ´ne-Alpes region of south-eastern France. It is a popular ski resort in the French Alps near the border with Switzerland.

A traditional market town in the heart of the Portes du Soleil, Morzine is dominated by chalets spread across a river gorge, bordered by partially wooded slopes allowing skiing in poor weather conditions.

Situated at an altitude of 1000 m, it is one of the most northerly of the French Alpine resorts, and weatherwise benefits from the Mont Blanc microclimate. The locality enjoys panoramic mountain views and modern ski facilities, as well as hotels and restaurants in the town itself. The ski resort of Avoriaz is located on the territory of the commune.

Great winter condition! The moment is stopped and it's gorgeous

Nader, thank you for the feature in the Exploration Photography group!

Great photo. A great place to hunker down next to a cozy fireplace. The photo brings out the storm very well.

I am just imagining I am there, so peaceful and lovely