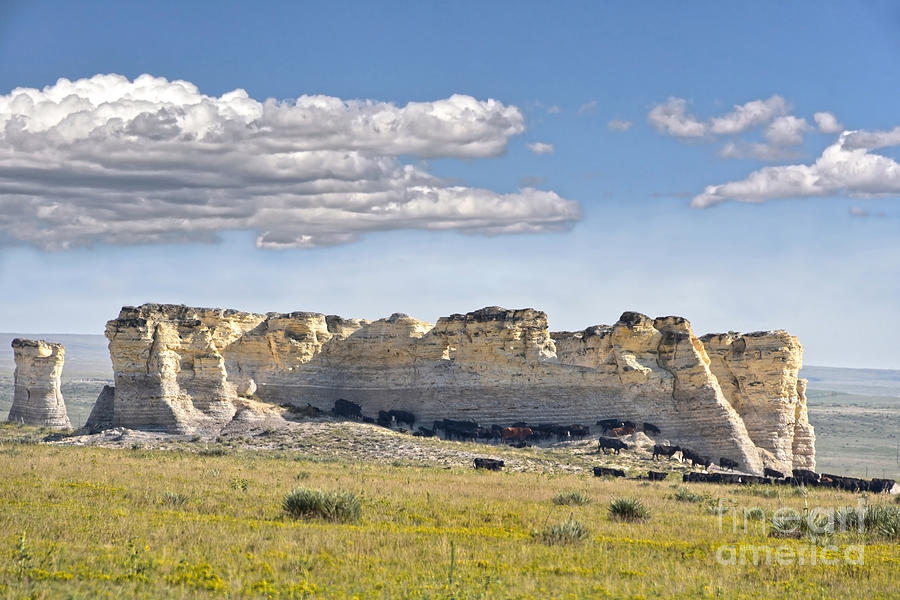 The Monument Rocks formation was the first landmark chosen by the US Department of the Interior as a National Natural Landmark. The chalk formations reach a height of up to 70 ft. and include formations such as buttes and arches and are rich in fossils. They are estimated to have been formed 80 million years ago.

On January 29, 2008, Monument Rocks and Castle Rock 31 miles to the east were jointly named as one of the 8 Wonders of Kansas.

Monument Rocks plays an important role in the history of the Smoky Hill Valley area. The Butterfield Overland Despatch trail used Monument Rocks as a landmark to guide travelers through the region. Also, Ft. Monument was established nearby to protect the trail. It has been a tourist destination for many years, and I continued the tradition by visiting the rocks.

These rocks are the remnants of the western Interior Niobrara seaway which extended from the present day Gulf of Mexico north through Canada.

Thank you very much for the feature, John!

Thank you very much for the feature, Tatiana!

I enjoy seeing this herd of cattle in the shade of the Monument Rocks. Fun! l/f

Thank you very much, Jeff!

Thank you very much for the feature, Jeff!