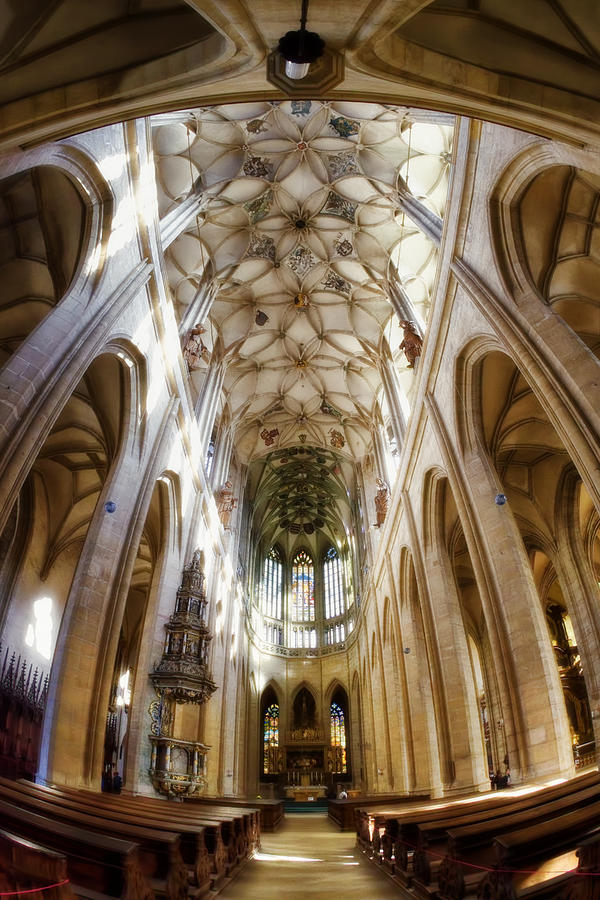 St Barbara's Cathedral in Kutna Hora CR glows in the afternoon light. Kutna Hora is a wonderful small town accessible from Prague by a short train trip and therefore makes a wonderful day trip. Saint Barbara's Church is a Roman Catholic church in Kutna Hora (Bohemia) in the style of a Cathedral, and is sometimes referred to as the Cathedral of St Barbara. It is one of the most famous Gothic churches in central Europe and it is a UNESCO world heritage site. St Barbara is the patron saint of miners (among others), which was highly appropriate for a town whose wealth was based entirely upon its silver mines. Construction began in 1388, but because work on the church was interrupted several times, it was not completed until 1905. The original design was for a much larger church, perhaps twice the size of the present building. Construction, however, depended on the prosperity of the town's silver mines, which became much less productive. So, in 1588, the incomplete structure was enclosed by a provisional wall until 1884 and the roof was unfinished until the 19th century

A beauty of an image, nicely worked;) v/l

Joan, you always have such beautiful masterpieces! L/F

thank you so much MP!

Such excellent work and great composition and the use of the light to make the image really stand out!! v/f/t

Nice shot! :) Love how you take the picture.

thank you Nadine and Bob!

Always Enjoy interesting artwork. with unique subjects or ideas and interpretation or presentation. . . . .. One of my Favorites out of Hundreds that Ive seen in my groups today.

i think i've voted, faved, pinned this before, but its a beauty.

V. There are beautiful color tones in this excellantcomposition of the the inner church. I like how you were able to get the whole scene in one photo.