Castle Hill The Cutest Lighthouse In The World 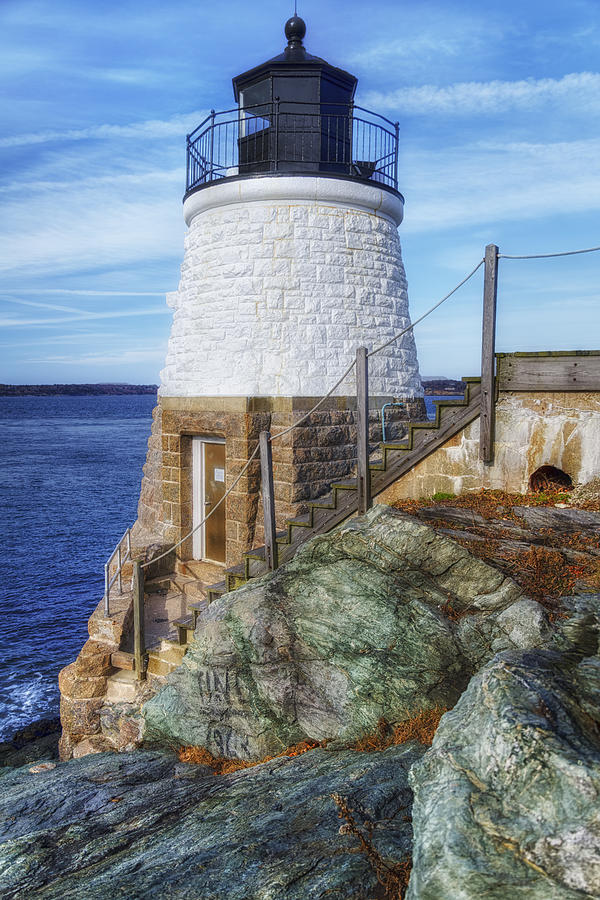 Castle Hill The Cutest Lighthouse In The World

The handsome Castle Hill Lighthouse is built right into a cliff face, and almost appears as a natural feature of the landscape. On our first view, we dubbed it the cutest lighthouse ever! Castle Hill Lighthouse is located on Narragansett Bay in Newport, Rhode Island at the end of the historic Ocean Drive and is an active navigation aid for the United States Coast Guard and boaters entering the East Passage between Jamestown, Rhode Island on Conanicut Island, and Newport, Rhode Island on Aquidneck Island. The lighthouse was completed in 1890 on property formerly belonging to the famous naturalist, oceanographer, and zoologist Alexander Agassiz of Harvard University. Agassiz sold land to the United States Government for the lighthouse for $1.00. After the hurricane of 1938, Mrs. Maximillian Agassiz, daughter-in-law of Alexander, sold the rest of the property to J. T. O'Connell, whose descendants are the current owners of the Castle Hill Inn and Resort. Although the lighthouse is not open to the public, the shoreline and clifface where the lighthouse sits is accessible by several footpaths from the Castle Hill Inn. The Castle Hill Lighthouse has also been and still is used as a starting and/or stopping point in numerous regattas. The lighthouse has a red light that flashes about every eight seconds during the night.

FEATURED PHOTO, All Places on the Atlantic Coast of the USA group, 2/21/15

thank you Jannice for the feature in the All Art Welcome group, 9/2/16

thank you Pharris Art for the feature in the Coastal Scenes group, 8/13/16

Congratulations! Your outstanding artwork has been chosen as a FEATURE in the “Atlantic Coast of the USA Places” group on Fine Art America.

Joan, what a superb photo of one of my all-time favorite lighthouses! Thank you for sharing it in the Rhode Island/Connecticut discussion thread in Jeff's Fine Art Group! l/f

thank you so much for your nomination Nancy!

tank you Christy for the feature in the Lighthouses group, 2/26/15

tank you Christy for the feature in the Lighthouses group, 2/26/15

and thank you Allen for the feature in the All Places on the Atlantic Coast of the USA group, 2/21/15

Congrats for being selected in several groups and this sure is a great presentation!! v/f/t

this is so well done. Love the details. L/Tw

Perfect title for this cutie!

Such excellent work Joan and great composition and the use of the light to make the image really stand out!! v/f/t

I love this! Great photo and very nice lighthouse!