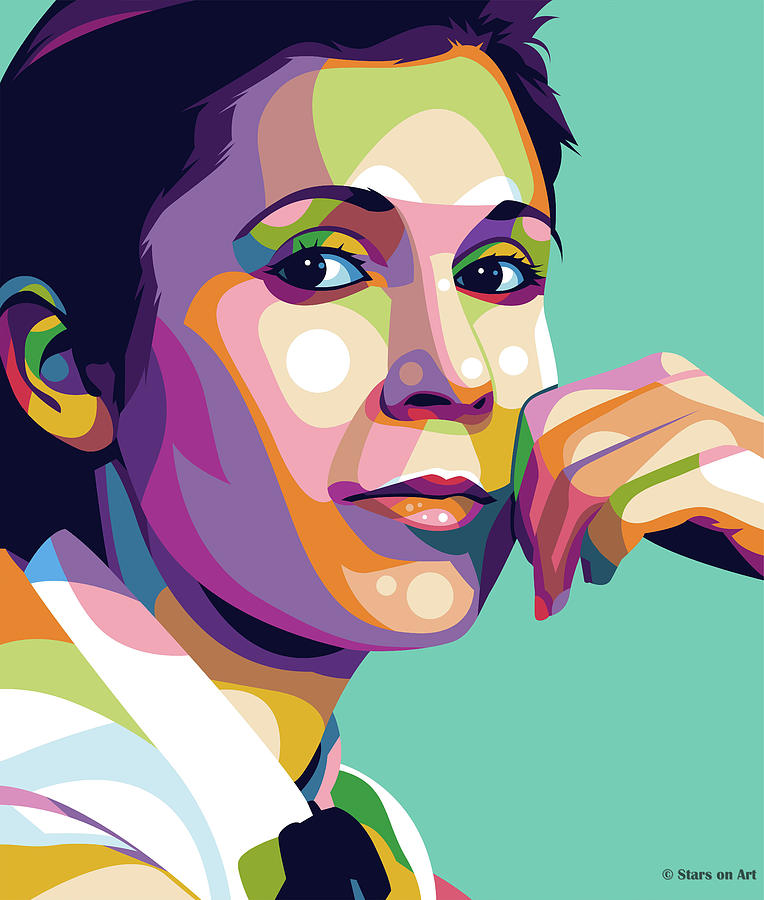 Pop art portrait of actress Carrie Fisher. Carrie Fisher (1956-2016) was the daughter of singer Eddie Fisher and actress Debbie Reynolds, and began her professional career at 12, performing in her mother's Las Vegas nightclub act. She dropped out of high school at 15 to devote all her time to show business and in 1973 made her Broadway debut in the chorus line of "Irene," the nostalgic revival starring her mother.

She played her first film role in "Shampoo" (1975), portraying a sexy nymphet who seduces Warren Beatty. She was then selected to play the feminine lead, as planet princess Leia, in George Lucas's hit space fantasy film "Star Wars" (1977) and its sequels. Her career nearly derailed in the mid-80s, when she entered a drug rehabilitation center to combat her addiction to cocaine, LSD, and other substances.

She emerged from the experience with new insights and a basis for her first novel, "Postcards from the Edge" (1987), a national best-seller, for which she wrote the screenplay for the film adaptation of the book, in which Shirley Maclaine and Meryl Streep portrayed the mother and daughter characters patterned after Debbie Reynolds and Carrie Fisher.

Her 1990 follow-up best-seller "Surrender the Pink" chronicled her aborted marriage (1982-84) to singer Paul Simon. Her success as a writer continued with "Delusions of Grandma" in 1993 as well as her autobiography, "Wishful Drinking," which she adapted into a one-woman show culminating in a successful run on Broadway in 2009.

Fisher died in 2016, at age 60. Her final role, "Star Wars: The Last Jedi," is dedicated to her.
(credits: “The Film Encyclopedia,” by Ephraim Katz, and Wikipedia)