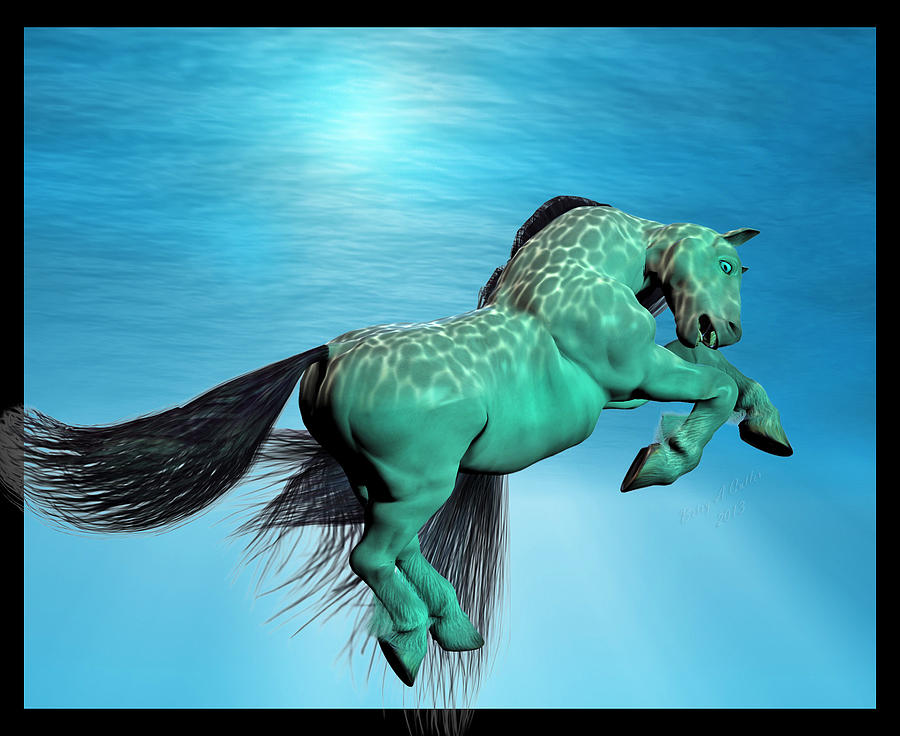 The images within the gallery Ocean Carousel Horses are part of a series, reflecting the state of our environment, and more specifically our oceans and seas. The word “carousel” could be perhaps interpreted in several different ways, one being that the ocean is caught in a constant cyclic onslaught controlled by human influence. Here, the effect of the overharvesting and polluting of the oceans can be seen in the horse’s facial expression—the horse looks fearful, surprised—his or her energy portrayed as a powerful energy, trying to run away or escape; however, bringing the term “carousel” into play damns the possibility of escaping, sentencing marine life to a carousel of chaos.
However vague and simplistic the images may seem, they are representative of complex problems that plague the environment. Consider the color choice, style, positioning, pose, lighting, and framing--to name a few conscious decisions on these pieces; also consider what is present and what is not present--the horse, of course, is depicted in an underwater ocean scene. Also consider why the horse is used. What words are associated with the animal? Noble. Freedom. Strong. Powerful. Resilient. Beauty. Majestic. Respect.
If the horse in the ocean doesn’t make sense: consider the ultimate human influence on the ocean’s environment.