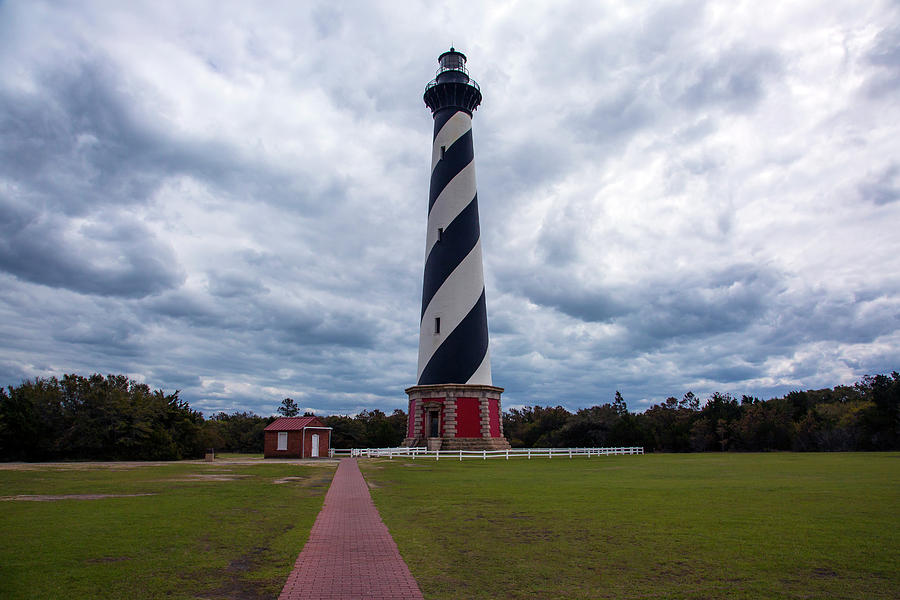 The Cape Hatteras lighthouse on a cloudy day during the spring season.
Buxton, North Carolina, USA

Cape Hatteras Light is a lighthouse located on Hatteras Island in the Outer Banks in the town of Buxton, North Carolina and is part of the Cape Hatteras National Seashore.

The Outer Banks are a group of islands on the North Carolina coast that separate the Atlantic Ocean from the coastal sounds and inlets. Atlantic currents in this area made for excellent travel for ships, except in the area of Diamond Shoals, just offshore at Cape Hatteras. Nearby, the warm Gulf Stream ocean current collides with the colder Labrador Current, creating ideal conditions for powerful ocean storms and sea swells. The large number of ships that ran aground because of these shifting sandbars gave this area the nickname "Graveyard of the Atlantic." It also led Congress to authorize the construction of the Cape Hatteras Light. Its 210-foot height makes it the tallest brick lighthouse structure in the United States and 29th in the world.[5][6] Since its base is almost at sea level, it is only the 15th highest light in the United States, the first 14 being built on higher ground.