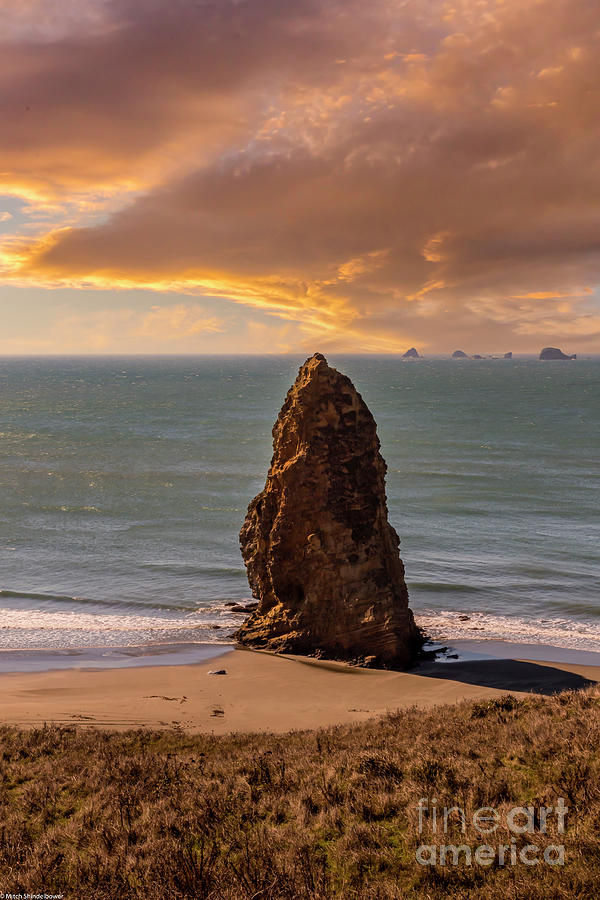 Cape Blanco is a prominent headland on the Pacific Ocean coast of southwestern Oregon in the United States, forming the westernmost point in the state. Cape Blanco extends further west than any point of land in the contiguous United States (lower 48 states) except portions of the Olympic Peninsula in Washington, including Cape Alava, the true westernmost point.The cape is part of Cape Blanco State Park and is the location of the Cape Blanco Light, first lit in 1870.

The cape may have been named by explorer Martín de Aguilar in 1603 for its appearance, as blanco means "white" in Spanish. In 1775, Juan Francisco de la Bodega y Quadra named the point Cabo Diligensias. It was later renamed Cape Orford by Captain George Vancouver in 1792, but this name fell into disuse and Cape Blanco became the common usage.

Congratulations, your Fine Art Photograph is a FEATURED IMAGE this week on the Home Page of the FAA Group; ‘The Magic Hour Of Blue And Gold Photography’. To ensure that your feature is archived properly, I invite you to post your photograph in the group's “Featured Photographs And Thank You Thread #10- August/2021”, and to create your own ‘Thank You For the Feature’ promotional thread.

CONGRATULATIONS! Your amazing artwork was featured in the "Home Nature" Gallery.

Thank you for the feature Angelo !