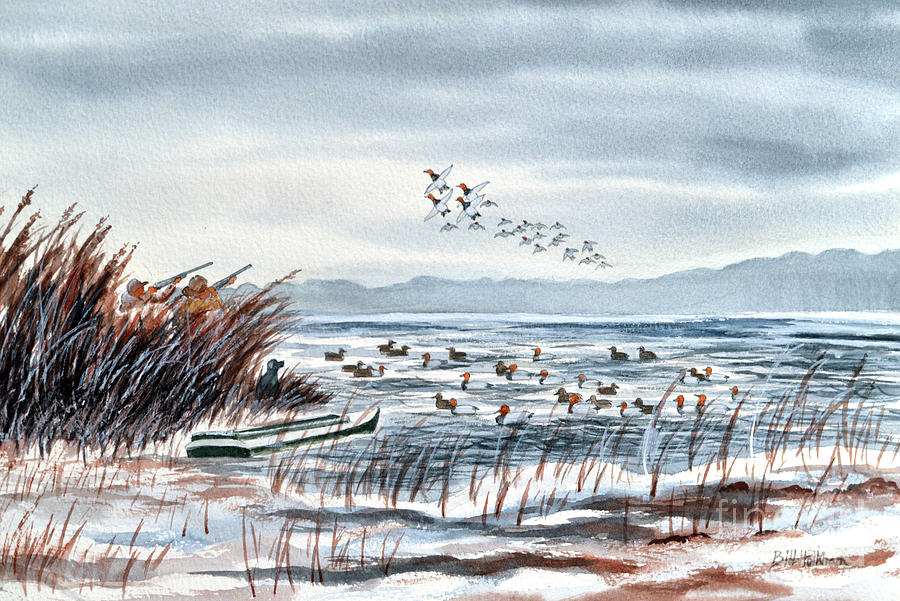 The canvasback migrates through the Mississippi Flyway to wintering grounds in the mid-Atlantic United States and the Lower Mississippi Alluvial Valley (LMAV), or the Pacific Flyway to wintering grounds along the coast of California. Historically, the Chesapeake Bay wintered the majority of canvasbacks, but with the recent loss of submerged aquatic vegetation (SAV) in the bay, their range has shifted south towards the LMAV. Brackish estuarine bays and marshes with abundant submergent vegetation and invertebrates are ideal wintering habitat for canvasbacks. A small number of birds are also known to have crossed the Atlantic, with several sightings being recorded in the United Kingdom. In December 1996, a canvasback was observed in a quarry in Kent, which was followed by an additional sighting in Norfolk in January 1997. At least five more sightings have since been confirmed in England.

😊 💖 🌸Congratulations on your recent sale of a wonderful work. 😊 💖 🌸 "Art consists of limitation. The most beautiful part of every picture is the frame."

Many Thanks to the collector from IL for your purchase and support of my artwork.

Many thanks to the collector from WI for your support.

This is a beautiful painting, I love birds of all kinds and the waterways and all seasons of landscapes including these things.