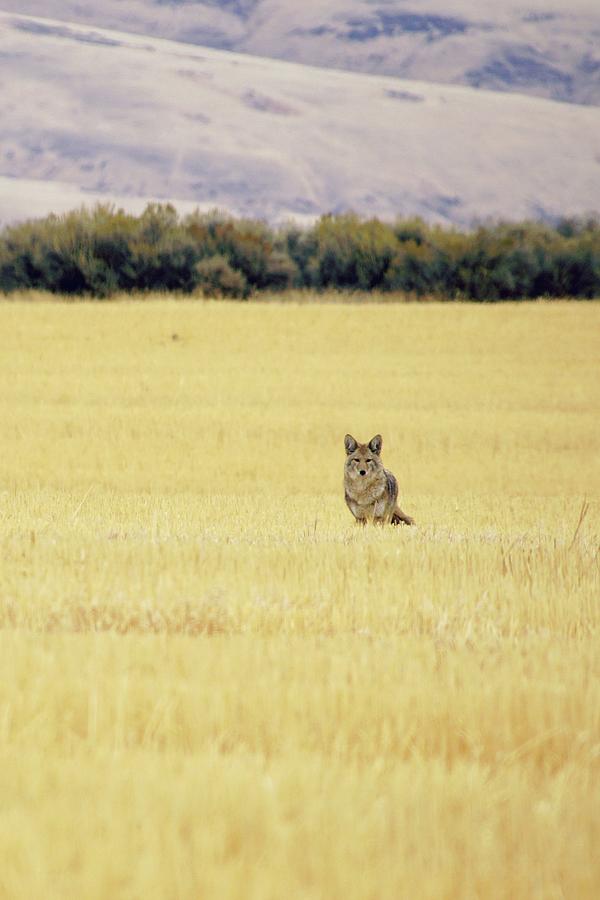 Wolves and coyotes can both be spotted in the United States, and instantly distinguishing between them isn't always that simple. Coyotes (Canis latrans) exist in just a single species, while there are two species of wolves stateside -- gray wolves (Canis lupus) and red wolves (Canis rufus), the latter of which is classified as critically endangered due to factors like hybridization.

Size Difference
Coyotes tend to be smaller than both red and grey wolves. They usually weigh between 25 and 45 pounds. Gray wolves are usually significantly larger at between 50 and 100 pounds. Red wolves, too, are generally a lot bigger than coyotes, weighing a maximum of 90 pounds. Coyotes also tend to be more nimble than wolves. Their bodies are also usually a lot more streamlined and lithe than those of wolves.

Coloration Difference
Coat coloration also can provide helpful hints in the identification of coyotes and wolves. Coyotes tend to have fur that is brown or pale gray. Gray wolves also can have pale gray fur, but their fur can sometimes be as dark as black. Red wolves, as their name indicates, are reddish-brown in coloring. Their bodies also feature numerous yellowish-white patches over their face, chest and limbs.

Snout Difference
Wolves' and coyotes' snouts also look markedly different. Coyotes tend to have angular and thin snouts, while those of both red and gray wolves are comparatively a lot broader.

Living Environment Differences
Physical appearance isn't where the differences between coyotes and wolves begin and end. They also are often seen living in different habitats. Coyotes are pretty diverse in this department, as they often reside in deserts, forests, mountains, farming sites, meadows and even city landscapes. Gray wolves are far more restricted in this arena, generally only living in remote tundras and woodlands. Red wolves tend to live in forests, marshes and lowlands close to the water. Wolves tend to need more open space than coyotes.