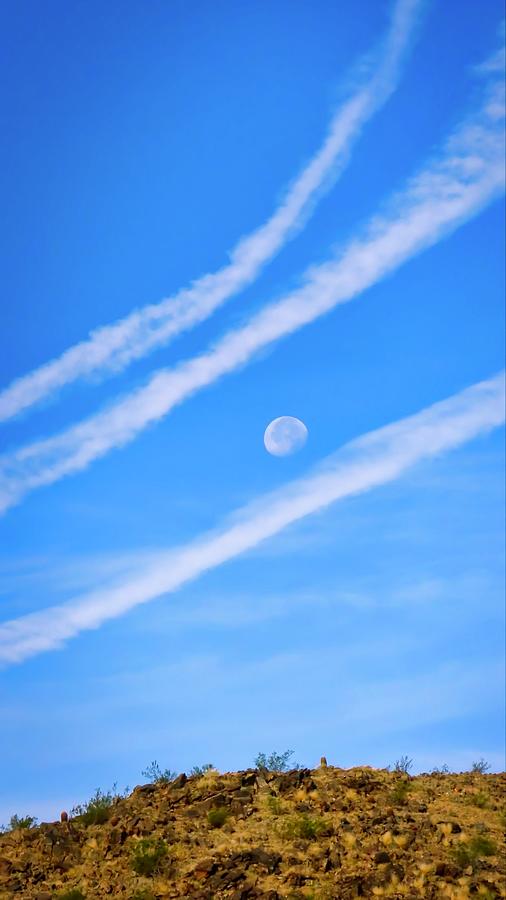 I awoke early on the morning of November 15, 2019, to see the nearly full moon setting over the hill next to my house. Fortunately, I was exactly in the right place at the right time to capture pictures of the moon as it appeared to travel through many contrails that some jets had left behind. The wind was blowing them in such a way that they were beginning to curve and take on forms of their own. This photograph is only one of a magnificent series in the making! BTW, contrails are classified as a type of cloud by meteorologists, even though they are primarily formed by jet vapor mixing with the atmosphere and other clouds.

Unusual perspective. Calming and inviting. Congrats on your feature.