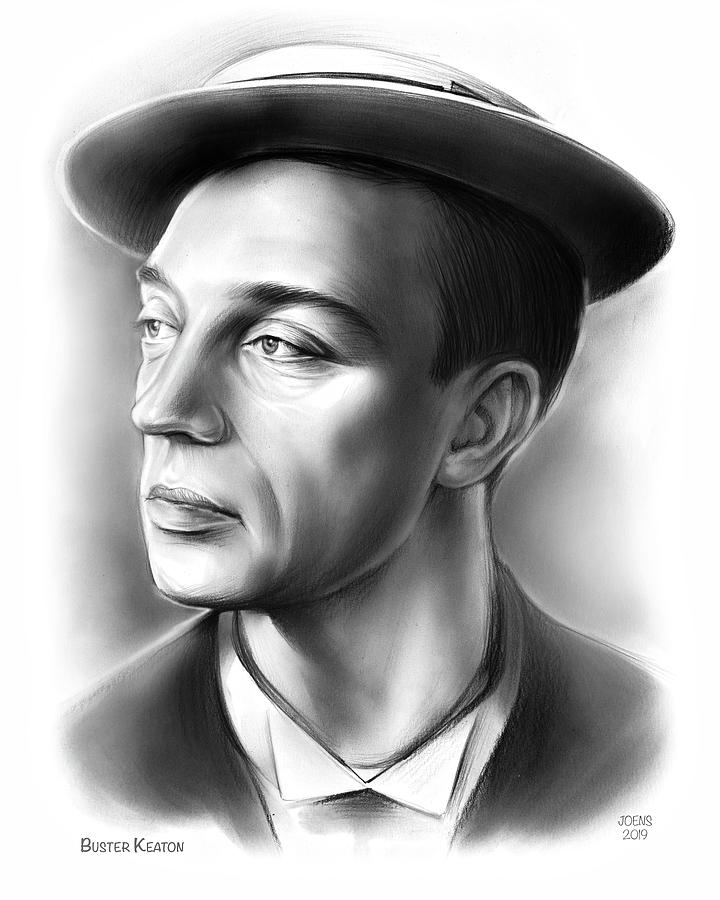 Sketch of the Day:
Buster Keaton

Joseph Frank Keaton (October 4, 1895 – February 1, 1966 ), known professionally as Buster Keaton, was an American actor, comedian, film director, producer, screenwriter, and stunt performer. He is best known for his silent films, in which his trademark was physical comedy with a consistently stoic, deadpan expression that earned him the nickname "The Great Stone Face". Critic Roger Ebert wrote of Keaton's "extraordinary period from 1920 to 1929" when he "worked without interruption" on a series of films that make him "the greatest actor-director in the history of the movies".