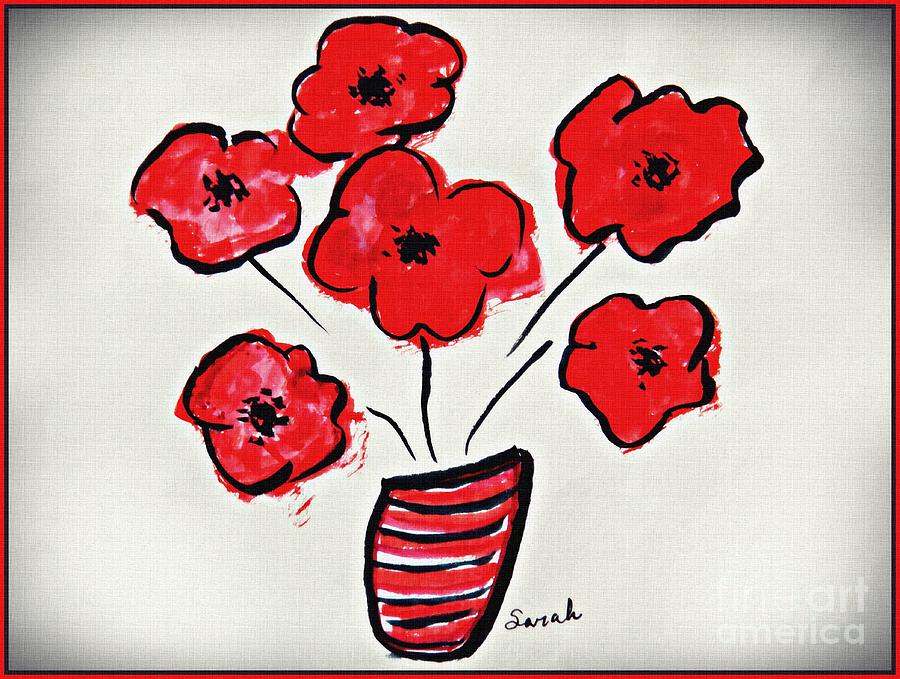 During a recent hospitalization, I entertained myself with some watercolor markers and a small pad of paper. Texture and a frame have been digitally added to this image.

Featured in the Art District group, May 2018.

One of your peers nominated this image in the 1000 views Groups nominated images by your fellow artist in the Special Features #10 promotion discussion. Please visit and pass on the love to another artist.

Christopher, thank you for letting me know.

I really love your drawings and paintings, They are really spontaneous and colorful.

Beautiful! This looks so pretty on a bag! Lf and pinned as a tote bag

Thank you, Deepa! Doing much better. :)