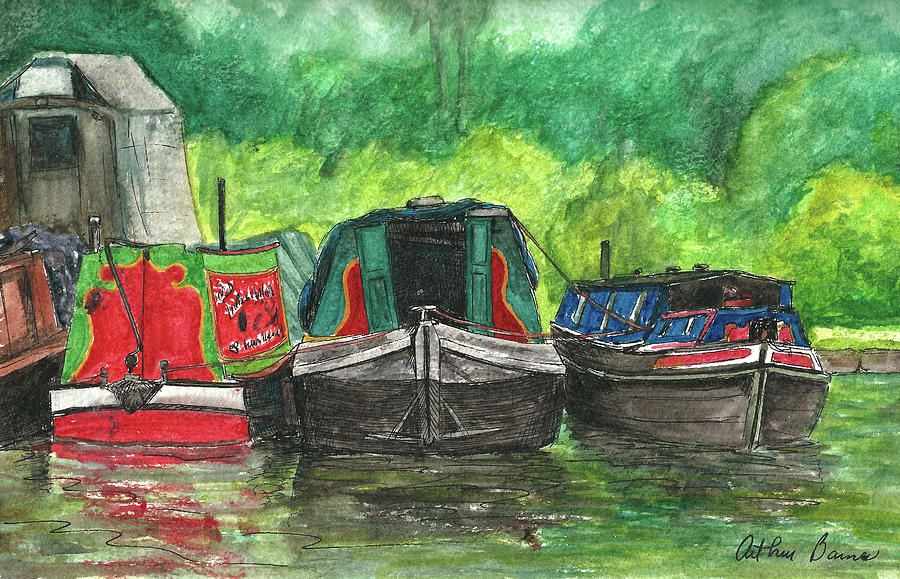 When I visit the UK one of my favorite places to visit is my mom's home town of Runcorn in Cheshire. I always walk along the Bridgewater canal. The Bridgewater Canal is sometimes described as England’s first canal. It was built to transport coal to the industrial areas of Manchester. The Bridgewater Canal was the forerunner of canal networks. It opened in 1761, and has a special place in history as the first canal in Britain to be built without following an existing watercourse, and so became a model for those that followed it. This is one of my first watercolors.

Arthur, They are beautiful! Joan Taylor