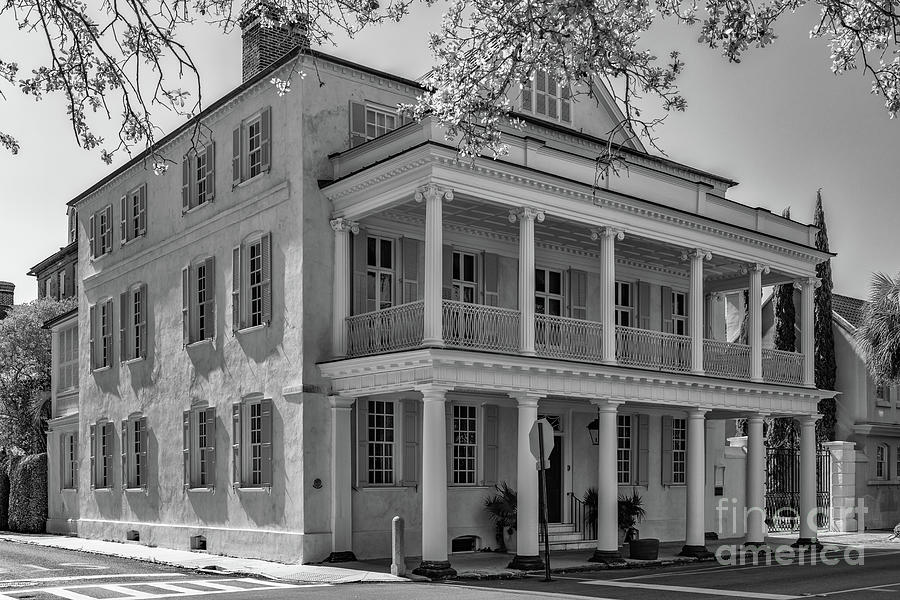 The Branford-Horry House was built for William Branford, a wealthy planter, in 1765-67 and is rated one of Charleston’s finest examples of a three-story brick Georgian townhouse, or “double house.” In 1801 it was purchased by Thomas Horry, who had married Branford’s daughter. His son, Elias Horry, president of the South Carolina Canal and Railroad Company, inherited the house and altered it somewhat. The house was owned by the Horry family until 1853. The house is a three-story Georgian brick building with stucco-covered walls. It is three steps above street level, five bays wide and four bays deep. The typical Charleston double house plan includes a bisecting center hall flanked by a pair of rooms on either side. The hall is divided by an arch at the midpoint; stairway in is rear portion, against north partition wall. The third floor contains four bedrooms. The first story windows have exterior paneled shutters; shutters of upper floor windows are louvered. The original appearance of the street façade was greatly altered in 1831-34 by the construction of two-story Regency style porches extending over the sidewalk. Listed in the National Register October 15, 1970.