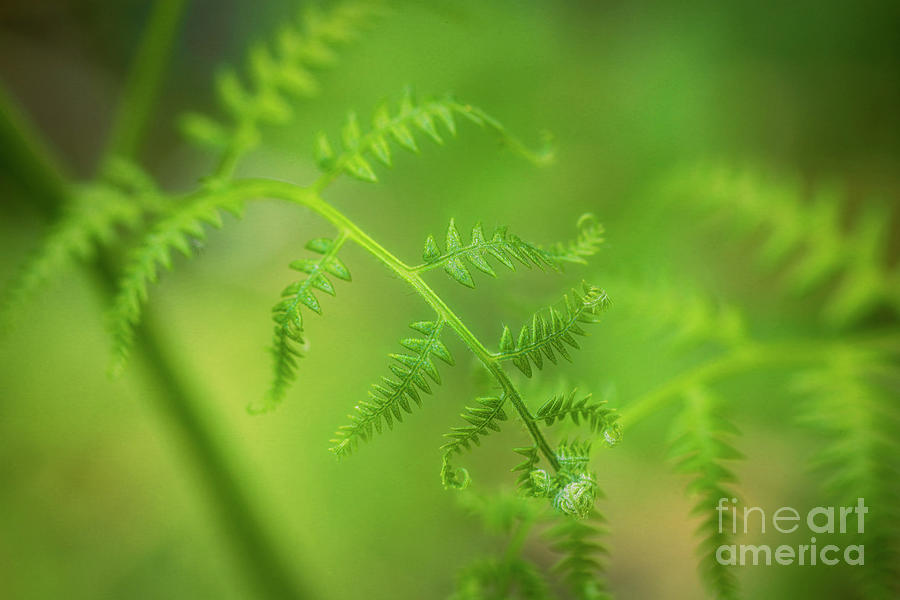 Bracken (Pteridium) is a genus of large, coarse ferns in the family Dennstaedtiaceae. Evolutionarily, bracken may be considered one of the most successful ferns. It is considered highly invasive, and can survive in acid soils.

Bracken, like heather, is typically found in moorland environments, and is commonly referred to by local populations in the north of England as 'Moorland Scrub'. It is also one of the oldest ferns, with fossil records over 55 million years old having been found. The plant sends up large, triangular fronds from a wide-creeping underground rootstock, and may form dense thickets. This rootstock may travel a metre or more underground between fronds. The fronds may grow up to 2.5 m (8.2 ft) long or longer with support, but typically are in the range of 0.6–2 m (2.0–6.6 ft) high. In cold environments, bracken is deciduous and, as it requires well-drained soil, is generally found growing on the sides of hills.
Salo, southwestern Finland.
Fine Art America watermark will not appear on purchased artwork.

Gorgeous work! Love the ferns, and this is an amazing image! L/F

Love the soft green, congratulations on your features

Veikko, I have one word for this wonderful piece you have presented here, "Precious." and maybe two more, Wonderful Photography!!! :D L/F

Congratulations .... your awesome art has been chosen as a feature of "PASSION FOR ART - ART FOR PASSION" To ensure that your functionality remains available over time, you can archive your art in the feature archive discussion. If you like we can further promote your art in the "Pinterest" thread and it's quick and easy