Bouquet Of Flowers In A Vase 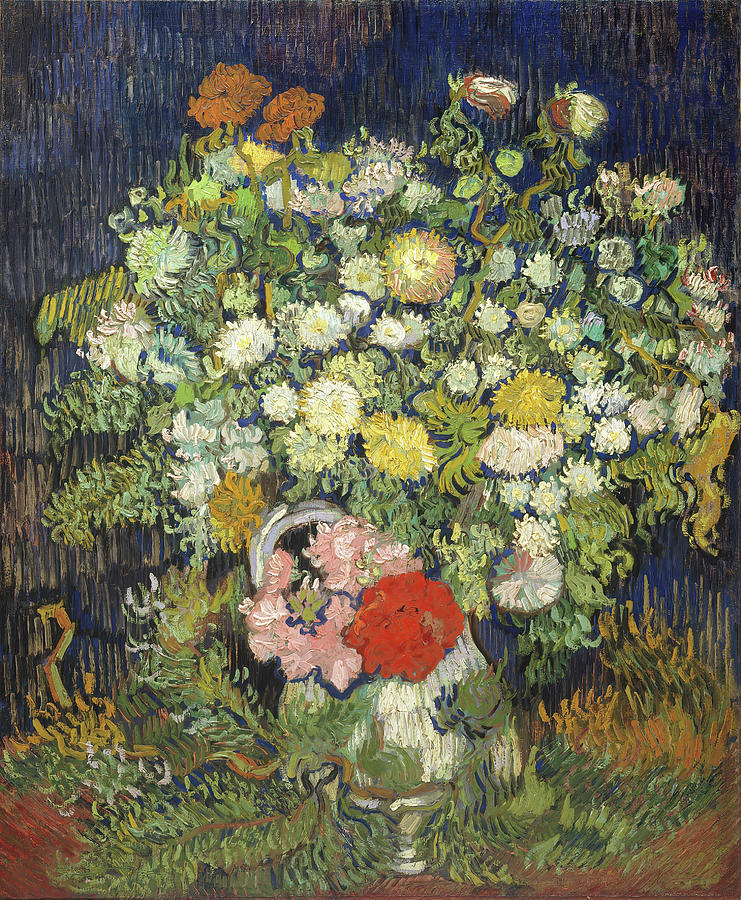 Bouquet Of Flowers In A Vase

"Bouquet of Flowers in a Vase"

Title: Bouquet of Flowers in a Vase

This still life is not mentioned in Van Gogh’s letters and has puzzled scholars as to its place in his artistic production. The subject enjoys a certain rapport with the mixed bouquets of summer flowers he made in Paris; the quasi-abstract floral wallpaper design in the Berceuse of Arles (1996.435), and the white porcelain vase in the Irises of Saint-Rémy (58.187). However, the palette and style of this painting, especially its distinctive blues and ochers and graphic, brick-shape hatchings, link it firmly with the landscapes made just prior to his death in Auvers on July 29, 1890.

This still life is not mentioned in Van Gogh's letters and has puzzled scholars as to its place in his artistic production. Ostensibly, it is closest to the mixed bouquets of summer flowers that he produced in quantity in Paris (1886–87). However, it was not until later, in Saint-Rémy and Auvers (1889–90), when he painted a few still lifes which were of an entirely different character, that Van Gogh's work evinced the same intensity, vigorous handling, and peculiarities of style. This "Bouquet" seems to be a singular instance when Van Gogh applied the rigors of his mature landscape style to a still-life subject. It is most certainly a late work, made just shortly before his death, on July 29, 1890, in Auvers.