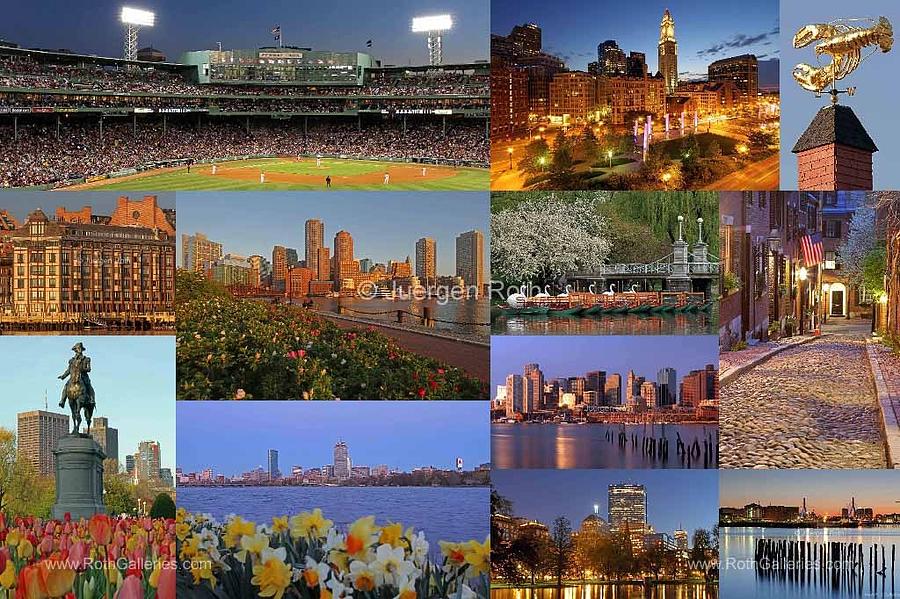 From Wikipedia: Boston is the capital of the Commonwealth of Massachusetts and its largest city. It is also one of the oldest cities in the United States with a lot of history and historical building that is fun to explore on your vacation travels. It obtained its name by early settlers that arrived from Boston, Lincolnshire in England. Boston, the largest city in New England, is regarded as the unofficial "Capital of New England" for its economic and cultural impact on the entire New England region. The city area covers 48.43 square miles (125.43 square km), has an estimated population of 625,087 in 2011 according to the U.S. Census, making it the 21st largest in the country. Boston is also the anchor of a substantially larger metropolitan area called Greater Boston, home to 4.5 million people and the tenth-largest metropolitan area in the country. Greater Boston as a commuting region is home to 7.6 million people, making it the fifth-largest Combined Statistical Area in the United States of America.
In 1630, Puritan colonists from England founded the city on the Shawmut Peninsula.[16] During the late 18th century, Boston was the location of several major events during the American Revolution, including the Boston Massacre and the Boston Tea Party. Several early battles of the American Revolution, such as the Battle of Bunker Hill and the Siege of Boston, occurred within the city and surrounding areas. Through land reclamation and municipal annexation, Boston has expanded beyond the peninsula. After American independence was attained Boston became a major shipping port and manufacturing center, and its rich history helps attract many tourists, with Faneuil Hall alone attracting over 20 million every year. The city was the site of several firsts, including the United States' first public school, Boston Latin School (1635), and the first subway system in the United States (1897). With many colleges and universities within the city and surrounding area, Boston is an international center of higher education and a center for medicine. The city's economic base includes research, manufacturing, finance, and biotechnology. As a result, the city is a leading finance center, ranking 12th in the Z/Yen top 20 Global Financial Centers. The city was also ranked number one for innovation, both globally and in North America, for a variety of reasons. Boston has one of the highest costs of living in the United States, though it remains high on world livability rankings, ranking third in the US and 36th globally.

Thanks for commenting on my Boston cityscape landmark photography images everybody ... glad you like this one from my New England and Boston galleries! My best, Juergen https://www.facebook.com/naturefinearts

I guess I will never be in Boston but love the way you have brought so much of it to us in an instant. Wonderful collage! F/v.

But then they never should have sold Babe Ruth to the Yankees in order to produce "NO NO NANETTE" on Broadway" a very forgettible operetta. WOW!! a hundred thousand for the "Babe"!! The worst decision ever in sports!!!

... Great texture, composition, and color, so FAVORED and FEATURED it in the group. . . . .. Then Published it in the Internet publication ARTISTS NEWS.... http://bit.ly/RVPlpf - Anyone can Highlight just the link ---- Use Ctl-C to copy and Ctl-V ---- puts it in Browser to view the publication. You can then, Tweet, FB, and email, etc a copy of the publication, to those you feel are interested.

Juergen, I love all your photo collages. Boston is a wonderful city, and you capture it beautifully. (Especially like this one because of Fenway; go Bosox!) v