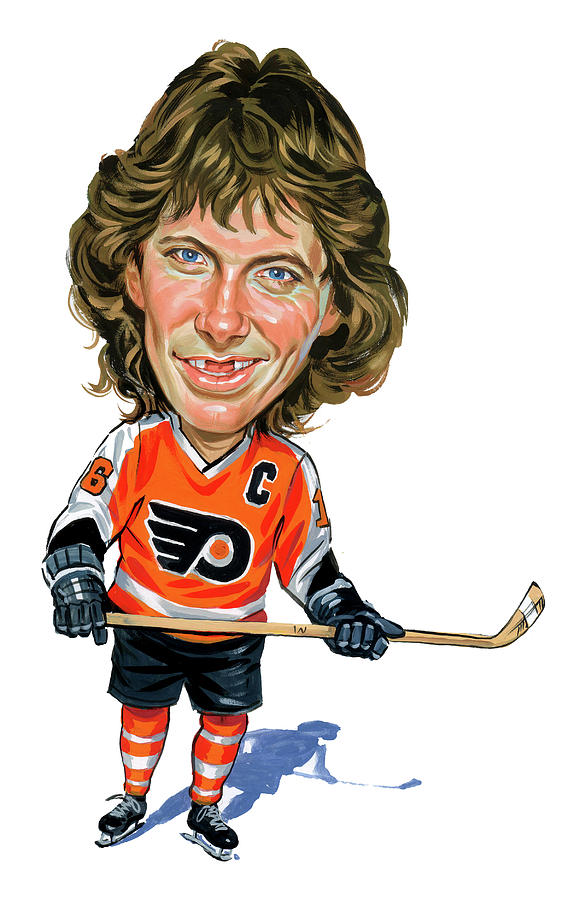 Robert Earle Clarke (born August 13, 1949), also known as Bob Clarke and Bobby Clarke, is a Canadian former professional ice hockey centre who played his entire National Hockey League (NHL) career with the Philadelphia Flyers and is currently an executive with the team. During his 15 season playing career, he led the Flyers to two Stanley Cups and was awarded the Hart Trophy as league MVP three times. A 1987 inductee into the Hockey Hall of Fame, Clarke was rated number 24 on The Hockey News' list of The Top 100 NHL Players of All-Time in 1998.
A talented playmaker, he had three 100-point seasons, twice led the league in assists, and played in eight NHL All-Star Games. He was also a great defensive player, a great checker, and one of the best in the face-off circle. One of the game's great leaders, Clarke was the captain of the notorious Broad Street Bullies during their heyday in the mid-1970s. The Bullies were a reflection of their captain, who had a tireless work ethic and a strong will to win even if it meant breaking the rules. The latter, some say, is exemplified best by Clarke's infamous slash to the ankle of Valeri Kharlamov during the Summit Series in 1972, which is still a source of controversy to the present day.
Clarke retired following the 1983�84 season with 358 goals and 852 assists for a total of 1210 points in 1144 games, and immediately became general manager of the Flyers. He spent 19 of the following 23 seasons as a GM of the Flyers, also briefly serving as GM of the Minnesota North Stars and Florida Panthers, and reached the Stanley Cup Finals three times with the Flyers and once with Minnesota. His time as an NHL GM had its share of controversy, perhaps none greater than the rift between him and star player Eric Lindros during the late 1990s and early 2000s. He resigned from the GM position less than a month into the 2006�07 season and is currently the Flyers Senior Vice President. Source: Wikipedia.org