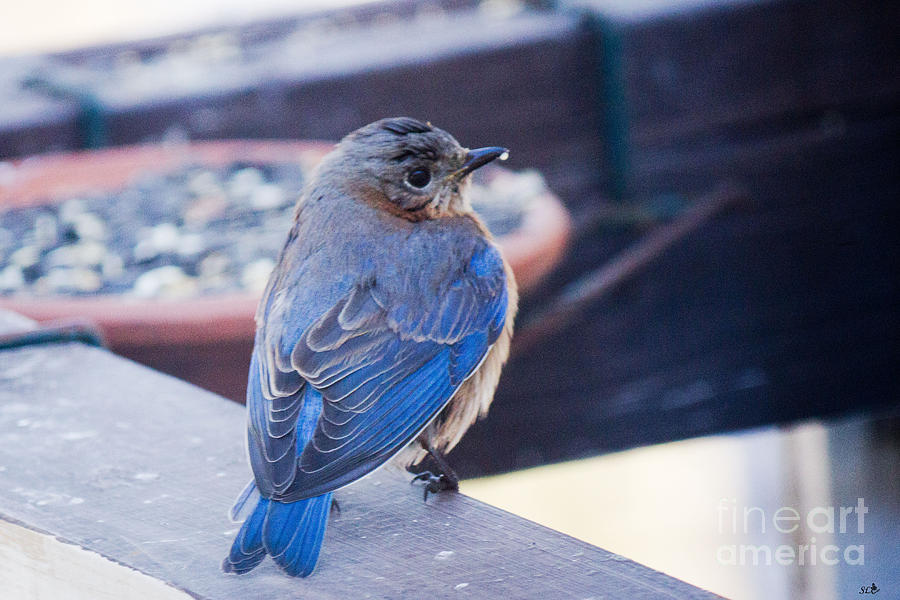 Most of the US drives during an eastern North American summer will turn up a few Eastern Bluebirds sitting on telephone wires or perched atop a nest box, calling out in a short, wavering voice or abruptly dropping to the ground after an insect. Marvelous birds to capture in your binoculars, male Eastern Bluebirds are a brilliant royal blue on the back and head, and warm red-brown on the breast. Blue tinges in the wings and tail give the grayer females an elegant look.
Facts:
The male Eastern Bluebird displays at his nest cavity to attract a female. He brings nest material to the hole, goes in and out, and waves his wings while perched above it. That is pretty much his contribution to nest building; only the female Eastern Bluebird builds the nest and incubates the eggs
Eastern Bluebirds typically have more than one successful brood per year. Young produced in early nests usually leave their parents in summer, but young from later nests frequently stay with their parents over the winter.
Eastern Bluebirds occur across eastern North America and south as far as Nicaragua. Birds that live farther north and in the west of the range tend to lay more eggs than eastern and southern birds.
Eastern Bluebirds eat mostly insects, wild fruit and berries. Occasionally, Eastern Bluebirds have also been observed capturing and eating larger prey items such as shrews, salamanders, snakes, lizards and tree frogs

Sweet and beautiful capture of the Blue Bird! Such a wonderful little bird! f/l/pin