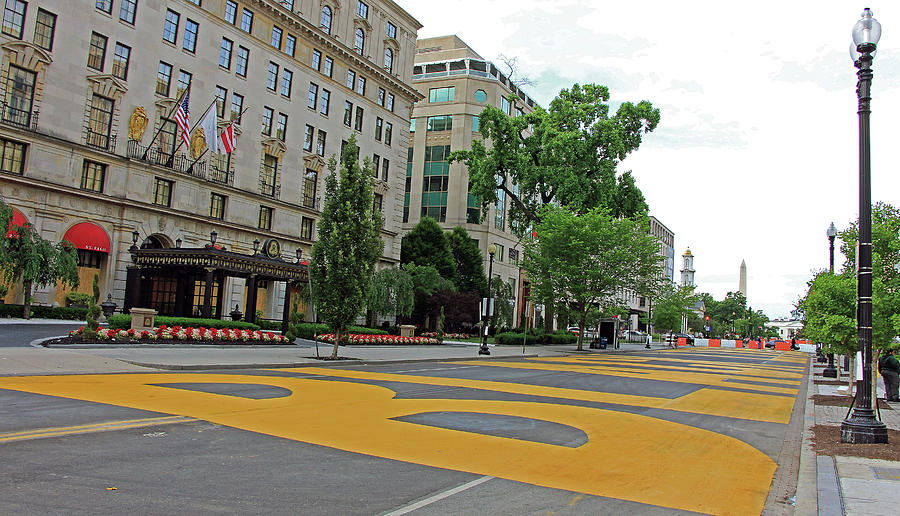 Black Lives Matter Plaza, the final stretch of 16th Street as it comes to the White House, in Washington, DC. Unfortunately, it was a "white sky" morning, but in the distance you can still see to the right the top of the White House, to its left, the Washington Monument, and to the monument's left, the steeple of John John's Episcopal Church, which became a prominent landmark during the Black Lives Matter protests when on June 1, 2020, Donald Trump used the United States Military to forcibly disperse the protestors so he could have a p[hoto-op at the church.