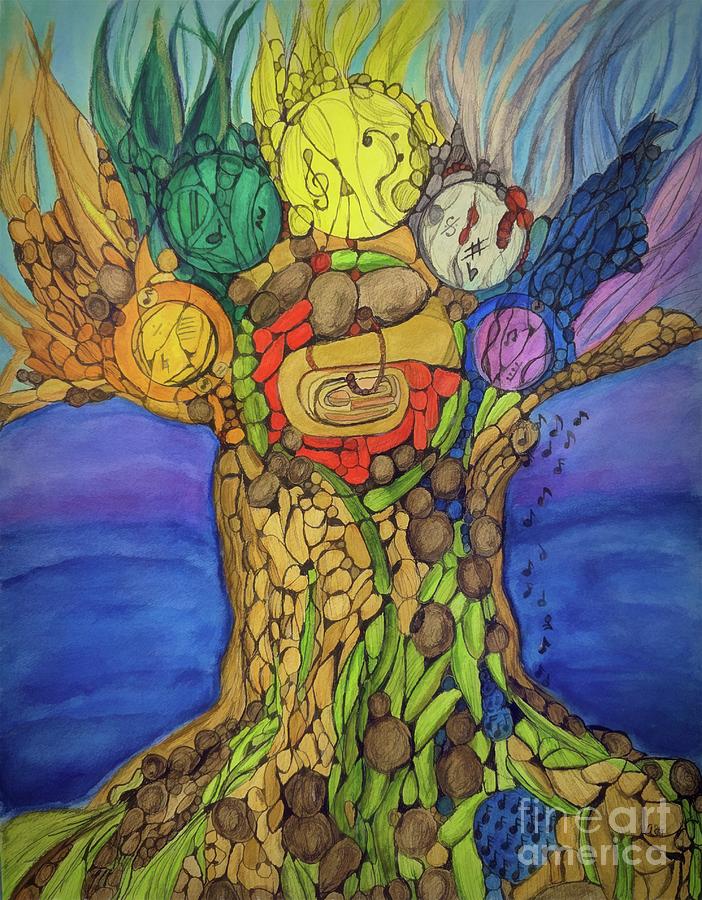 "Birth". Abstract of the birth of the galaxy. Some five billion years ago, in a perfectly ordinary place in the galaxy, something happened. It might have been a supernova explosion pushing a lot of its heavy-element wreckage into a nearby cloud of hydrogen gas and interstellar dust. Or, it could have been the action of a passing star stirring up the cloud into a swirling mixture. Whatever the kick-start was, it pushed the cloud into action which eventually resulted in the birth of the solar system. The mixture grew hot and compressed under its own gravity. At its center, a protostellar object formed. It was young, hot, and glowing, but not yet a full star. Around it swirled a disk of the same material, which grew hotter and hotter as gravity and motion compressed the dust and rocks of the cloud together.

This is a a mixed media piece done in watercolor then reworked by adding digital imagery.