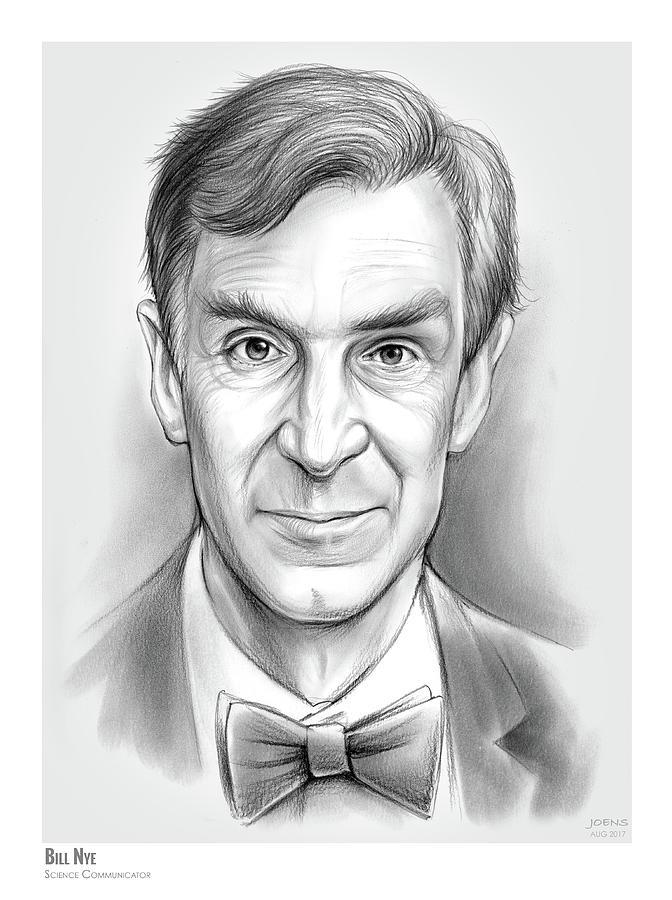 William Sanford Nye (born November 27, 1955), popularly known as Bill Nye the Science Guy, is an American science communicator, television presenter, and mechanical engineer. He is best known as the host of the PBS children's science show Bill Nye the Science Guy (1993–1998), and for his many subsequent appearances in popular media as a science educator.

Nye began his career as a mechanical engineer for Boeing Corporation in Seattle, where he invented a hydraulic resonance suppressor tube used on 747 airplanes. In 1986, Nye left Boeing to pursue comedy, writing and performing jokes and bits for the local sketch television show Almost Live!, where he would regularly conduct wacky science experiments. Nye aspired to become the next Mr. Wizard and with the help of several producers successfully pitched the children's television program Bill Nye the Science Guy to KCTS-TV, channel 9, Seattle's public television station. The show—which proudly proclaimed in its theme song that "science rules!"—ran from 1994 to 1999 in national TV syndication. Known for its "high-energy presentation and MTV-paced segments," the program became a hit for both kids and adults. The show was critically acclaimed and was nominated for 23 Emmy Awards, winning nineteen.

Following the success of his show, Nye continued to advocate for science, becoming the CEO of The Planetary Society and helping develop sundials for the Mars Exploration Rover missions. Nye has written two best-selling books on science, including Undeniable: Evolution and the Science of Creation in 2014 and Unstoppable: Harnessing Science to Change the World in 2015. Nye has made frequent media appearances, including on Dancing with the Stars, The Big Bang Theory and Inside Amy Schumer. Nye starred in a documentary about his life and science advocacy titled Bill Nye: Science Guy, which premiered at the South by Southwest Film Festival in March 2017. In 2017, he debuted a Netflix series, entitled Bill Nye Saves the World.

I love Billl Nye, this is wonderful