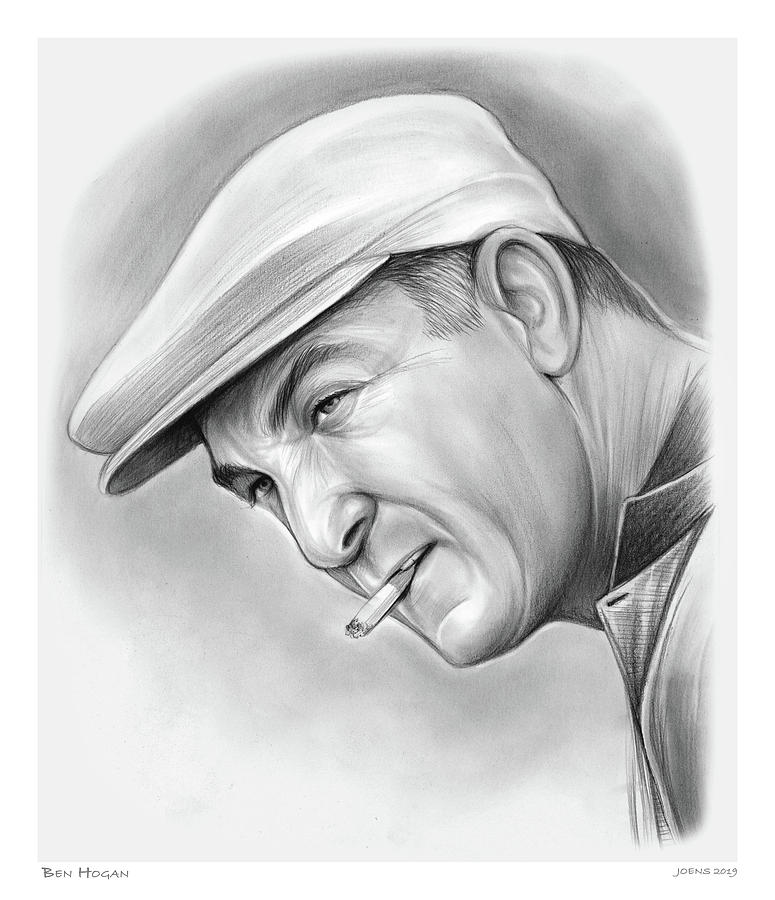 William Ben Hogan (August 13, 1912 – July 25, 1997) was an American professional golfer who is generally considered to be one of the greatest players in the history of the game. Hogan is notable for his profound influence on golf swing theory and his legendary ball-striking ability.

His nine career professional major championships tie him with Gary Player for fourth all-time, trailing only Jack Nicklaus (18), Tiger Woods (15) and Walter Hagen (11). He is one of only five golfers to have won all four major championships: the Masters Tournament, The Open (despite only playing once), the U.S. Open, and the PGA Championship. The other four are Nicklaus, Woods, Player, and Gene Sarazen. Source: Wikipedia

You are an excellent Artist I love the face all of them!