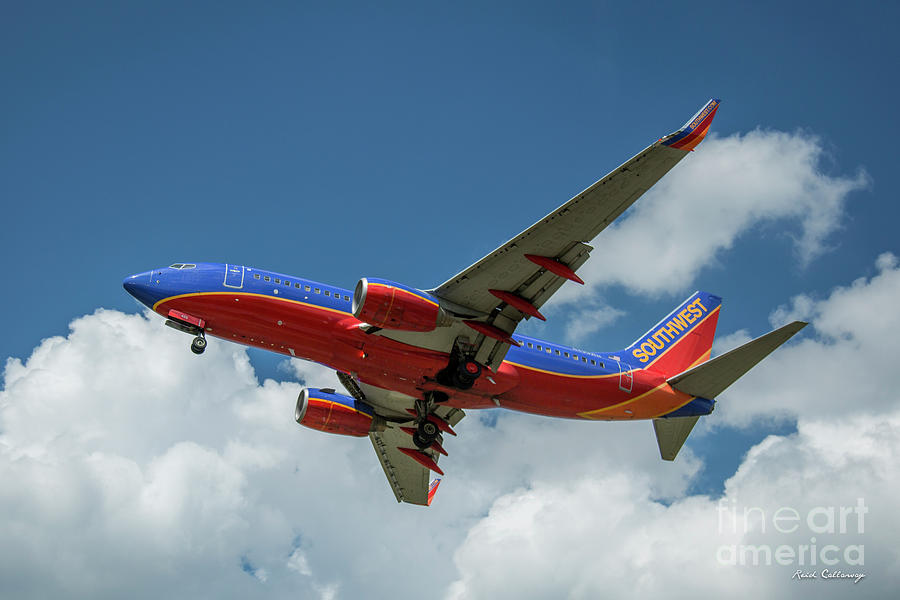 Southwest Airlines Co. is a major U.S. airline, the world's largest low-cost carrier, headquartered in Dallas, Texas. The airline was established in 1967 by Herb Kelleher and adopted its current name (Southwest Airlines) in 1971. The airline has nearly 46,000 employees as of December 2014 and operates more than 3,800 flights per day. As of 2014, it carried the most domestic passengers of any U.S. airline. As of April 2016, Southwest Airlines has scheduled service to 97 destinations in 40 states, Puerto Rico, and abroad.
Southwest Airlines has used only Boeing 737s, except for several years in the 1970s and 1980s, when it leased some Boeing 727s from Braniff. As of January 2016, Southwest is the largest operator of the Boeing 737 worldwide, with over 700 in service, each averaging six flights per day.

The Boeing 737 is a short- to medium-range twinjet narrow-body airliner. Originally developed as a shorter, lower-cost twin-engined airliner derived from Boeing's 707 and 727, the 737 has developed into a family of ten passenger models with a capacity of 85 to 215 passengers. The 737 is Boeing's only narrow-body airliner in production, with the 737 Next Generation (-700, -800, and -900ER) variants currently being built. Production has also begun on the re-engined and redesigned 737 MAX, which is set to enter service in 2017.