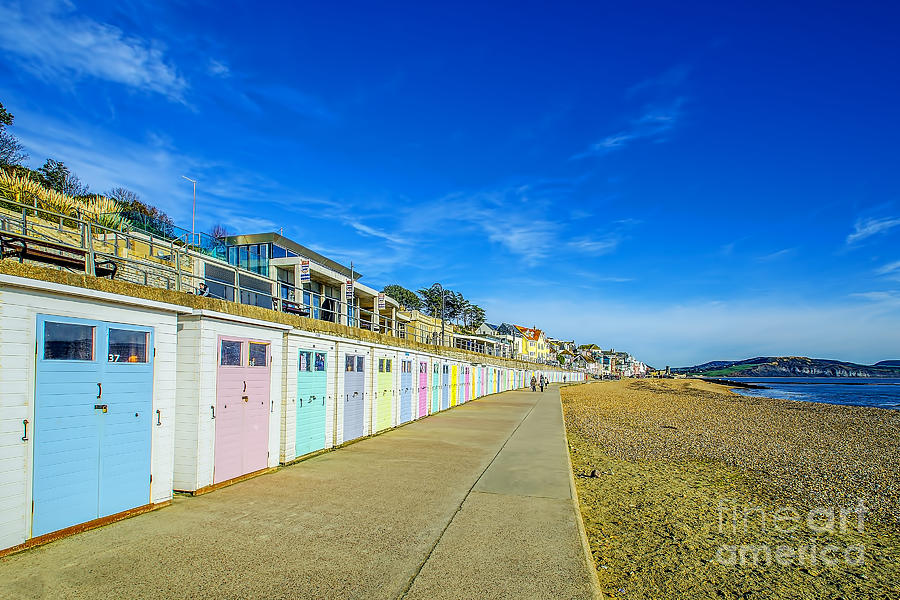 Pastel coloured beach huts on the beach at Lyme Regis Dorset.Lyme Regis is a coastal town in West Dorset, situated 25 miles west of Dorchester and 25 miles east of Exeter. It lies in Lyme Bay, on the English Channel coast at the Dorset-Devon border.The town is noted for fossils found on its beaches and in the cliffs which are part of the Heritage Coast—known commercially as the Jurassic Coast—a World Heritage Site stretching for 95 miles from Orcombe Point near Exmouth in the west, to Old Harry Rocks in the east. The coastal exposures provide a continuous sequence of Triassic, Jurassic and Cretaceous rock formations, spanning approximately 185 million years of the Earth's history. Localities along the Jurassic Coast include a large range of important fossil zones.