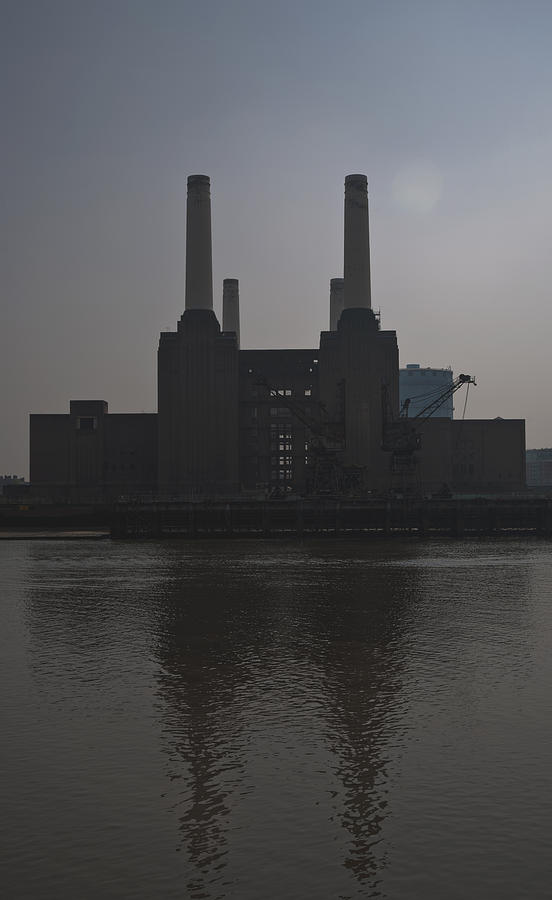 Battersea Power Station is a decommissioned coal-fired power station located on the south bank of the River Thames, in Battersea, an inner-city district of South West London. It comprises two individual power stations, built in two stages in the form of a single building.

Battersea A Power Station was built in the 1930s, with Battersea B Power Station to its east in the 1950s. The two stations were built to an identical design, providing the well known four-chimney layout. The station ceased generating electricity in 1983, but over the past 50 years it has become one of the best known landmarks in London and is Grade II* listed.

The station's celebrity owes much to numerous cultural appearances, which include a shot in The Beatles' 1965 movie Help!, appearing in the video for the 1982 hit single "Another Thing Comin´" by heavy metal band Judas Priest and being used in the cover art of Pink Floyd's 1977 album Animals, as well as a cameo appearance in Take That's music video "The Flood." In addition, a photograph of the plant's control room was used as cover art on Hawkwind's 1977 album Quark, Strangeness and Charm.

Since the station's closure the site has remained largely unused, with numerous failed redevelopment plans from successive site owners. The site was owned by the administrators of Irish company Real Estate Opportunities (REO), who bought it for Ł400 million in November 2006. In November 2010, REO was granted permission to refurbish the station for public use and build 3,400 homes across the site. However, this plan fell through due to REO's debt being called in by its creditors, the state-owned banks in the UK and Ireland. In July 2012, the power station was sold to a consortium led by Malaysia’s SP Setia for Ł400 million.

The station is the largest brick building in Europe and is notable for its original, lavish Art Deco interior fittings and decor.

It is, Thanks Jim