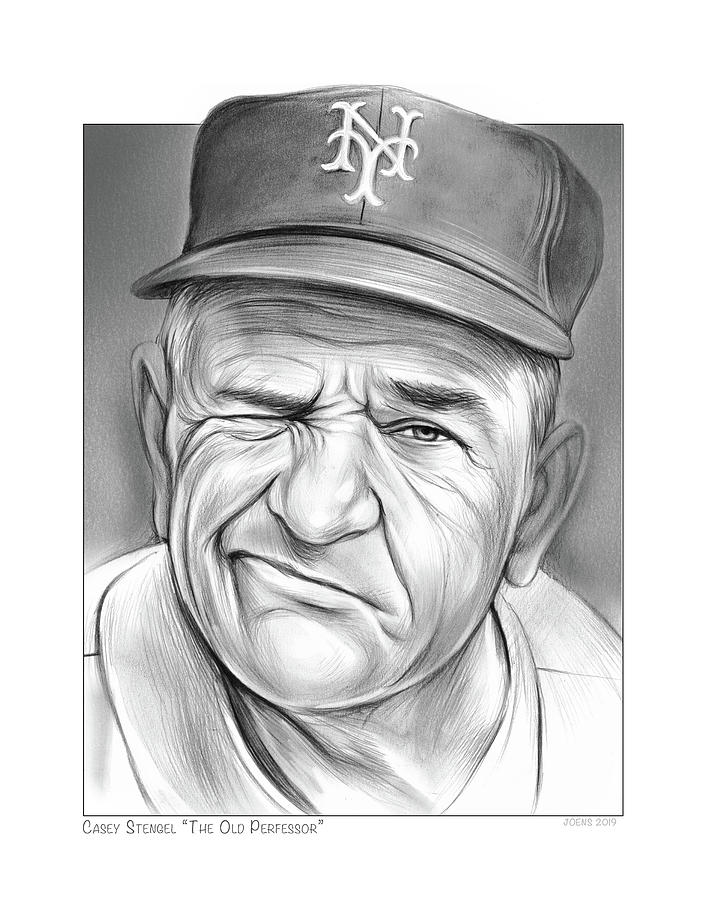 Charles Dillon "Casey" Stengel (/ˈstɛŋɡəl/; July 30, 1890 – September 29, 1975) was an American Major League Baseball right fielder, and manager, best known as the manager of both the championship New York Yankees of the 1950s and later, of the expansion New York Mets. He was elected to the Baseball Hall of Fame in 1966. Source: Wikipedia