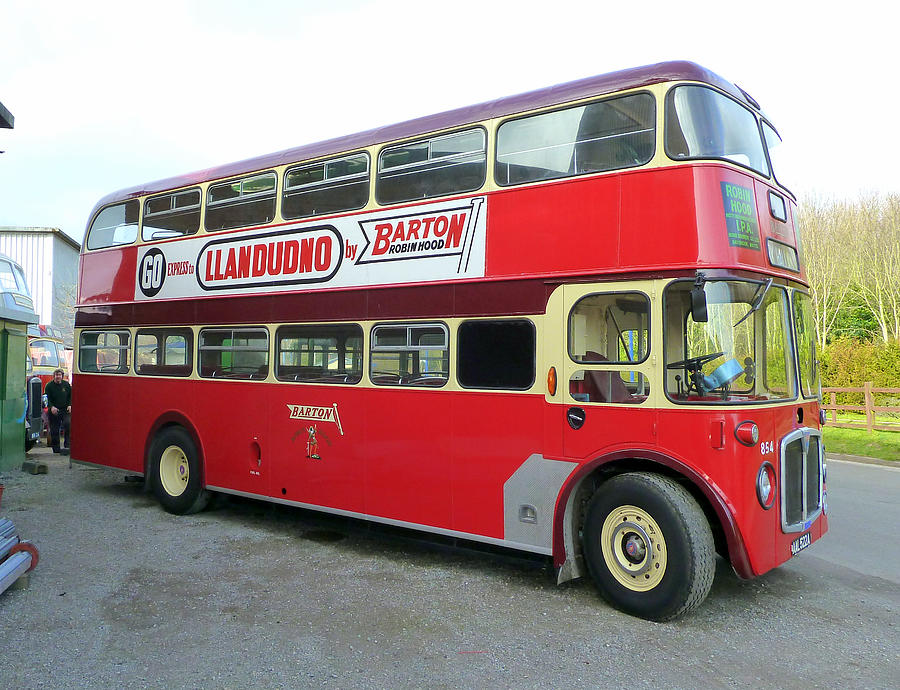 In 1960 Barton took delivery of five AEC Regent V's with Northern Counties full front bodywork which contained a front sliding door and lowbridge layout to seat 37 to the upper saloon and 33 to the lower.

The heating was supplied by the then common Cave Brown Cave system which the vehicle has now lost in favour of the more conventional type.

854 FNN (fleet number 854) was the last of the batch and served until 1973 after which it served with Redferns until secured for preservation.