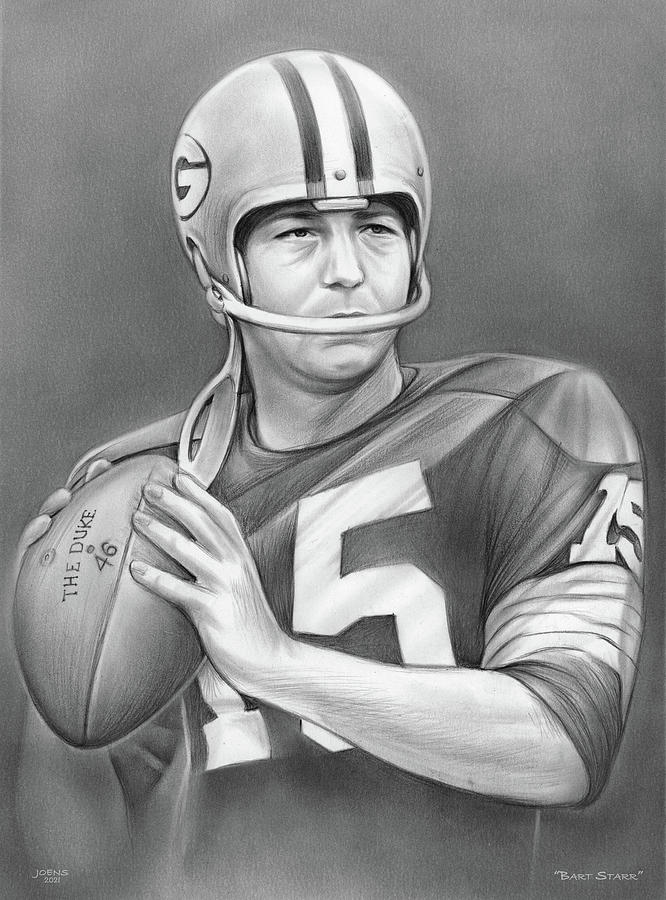 Bryan Bartlett Starr (January 9, 1934 – May 26, 2019) was a professional American football quarterback and coach. He played college football at the University of Alabama, and was selected by the Green Bay Packers in the 17th round of the 1956 NFL draft, where he played for them until 1971. Starr is the only quarterback in NFL history to lead a team to three consecutive league championships (1965–1967). He led his team to victories in the first two Super Bowls: I and II. As the Packers' head coach, he was less successful, compiling a 52–76–3 (.408) record from 1975 through 1983.

Starr was named the Most Valuable Player of the first two Super Bowls and during his career earned four Pro Bowl selections. He won the league MVP award in 1966.[3] He was inducted into the Pro Football Hall of Fame and the Packers Hall of Fame in 1977. Starr has the highest postseason passer rating (104.8) of any quarterback in NFL history and a postseason record of 9–1. His career completion percentage of 57.4 was an NFL best when he retired in 1972. For 32 years (through the 2003 season), Starr also held the Packers' franchise record for games played (196). Source: Wikipedia