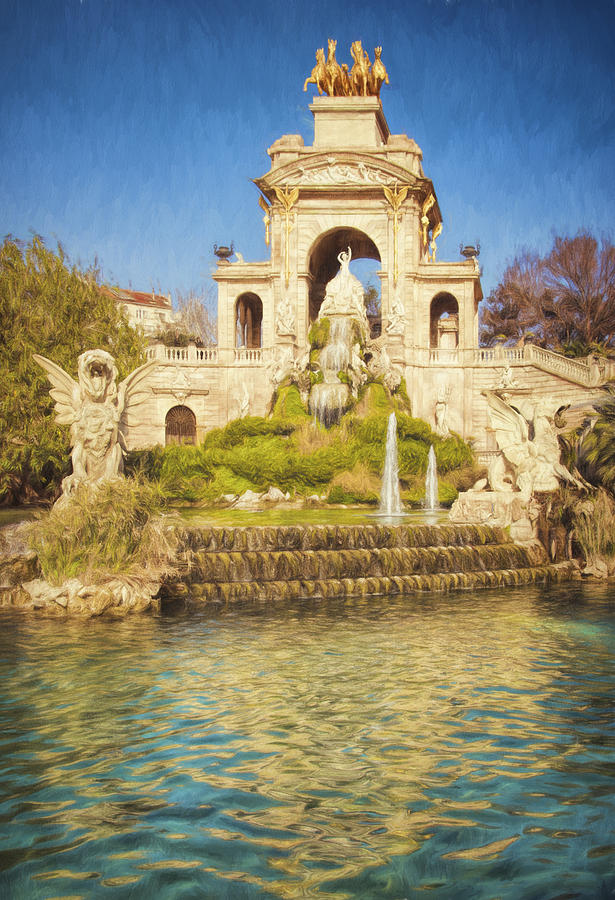 La Cascada is a fountain within the historical Parc de la Ciutadella on the northeastern edge of Ciutat Vella, Barcelona Spain. It was designed by Josep Fontsere for the 1888 Universal Exhibition. One guidebook calls it a 'slightly overdramatized creation', with the 'somewhat overwrought rocks' being the creation of a young Antoni Gaudi. Fontsere aimed to make it bear loose resemblance to the Trevi Fountain of Rome. It was a very popular place for selfies, particularly on a warm sunny weekend afternoon!

FEATURED PHOTO, Fountains Of The World In Color group, 8/23/17

FEATURED PHOTO, The Road To Self Promotion group, 2/8/16

thank you Barbie for the feature in the Fountains Of The World In Color group, 8/23/17

Haunting!!! Some lovely architecture in Barcelona....

thank you David and Carol!

Great photo! but how come you didn't take a selfie? l,f

thank you Anthony for the feature in the Artwork Manipulated Digitally group, 2/15/1

Great fun with the processing Joan!

Thank you Georgie for the feature in the Spanish Theme Artwork Group, 2 / 10 / 16

thank you Kim for the feature in The Road To Self Promotion group, 2/8/16