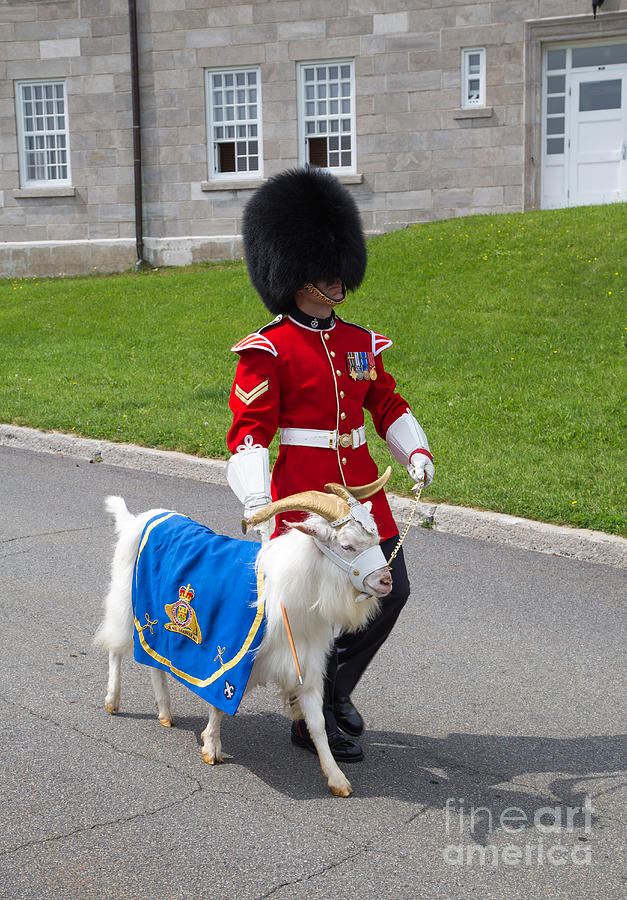 Official mascot of the Royal 22e Regiment, Baptiste the 10th with the goat officer.

Constructed between 1820 and 1831 based on the defence system designed by a French engineer named Vauban, La Citadelle of Quebec was built under the direction of Lieutenant-Colonel Elias Walker Durnford, a British army officer. La Citadelle is an active military garrison. First occupied by British troops and the Canadian artillery, since 1920 it has been the official residence of the Royal 22e Régiment, the only Francophone infantry regiment in the CF Regular Force. It is shaped like a polygon with four angles representing a star and covers 37 acres (2.3 km2).

In the summer, the men and women of the Royal 22e Régiment continue military traditions by performing ceremonies such as the Changing of the Guard, the Beating of the Retreat and gunnery, to the delight of visitors.

What a great shot Edward! v