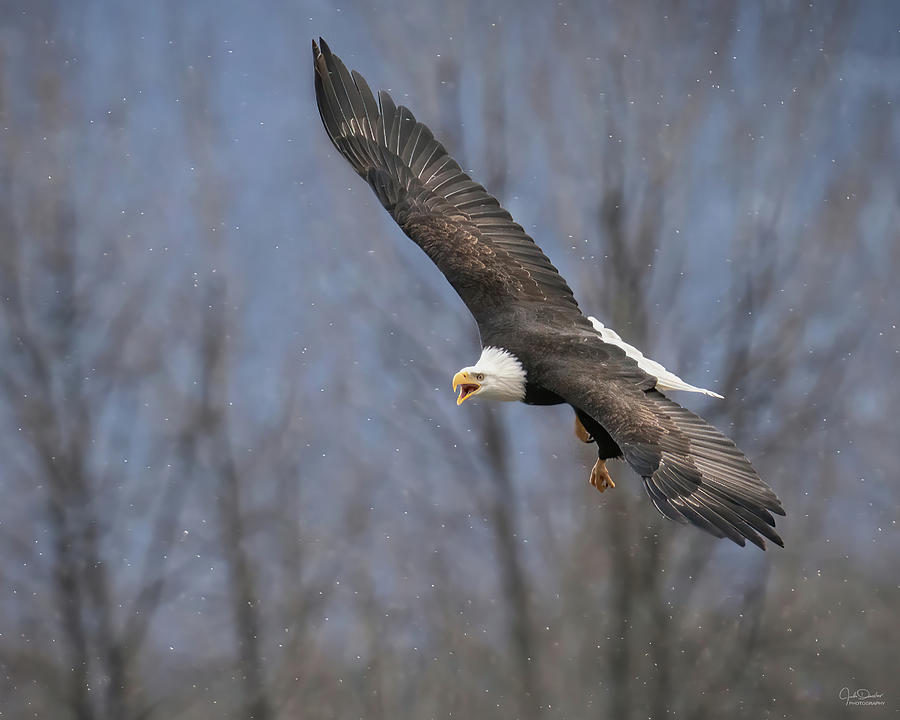 Bald Eagle flying through falling snow in Alaska. I love how s/he's calling -- it makes the image seem even more wild and primal in nature's enormous and fantastic landscape.

Congratulations, your work is Featured in "A Birding Group - Wings" I invite you to place it in the group's "2020-2022 Featured Image Archive" Discussion!! L

Thanks so much, Tom!

Wonderful capture on such a powerful, yet graceful creature...thanks for sharing!

Many thanks to you, Jonathan!

Thanks a lot, Larry!

This is a great capture, Judi

Thanks a lot, Dorothy!

Thanks very much, William!