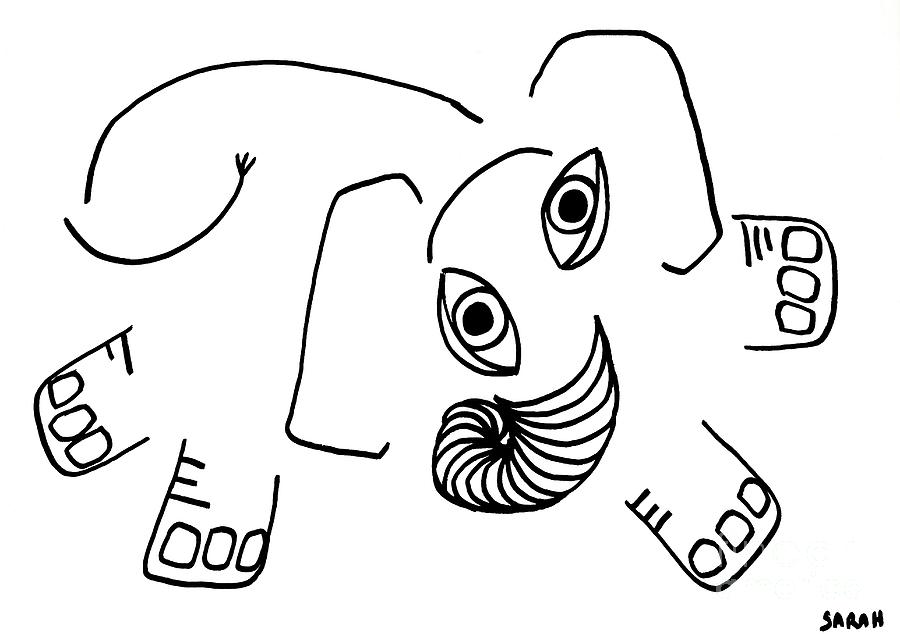 This began as a doodle-- I decided that the coil looked like an elephant's trunk. So I created this whimsical pachyderm around his trunk.

Featured in the Black and White group, January 2014.

Featured in the Artistic group, June 2014!

Featured in the Best of Minimalism group, October 2017.

This is great! beautiful drawing!

What a playful and inspired drawing, Sarah!! It's such a joyful and cute depiction of the elephant!! L/F

This is feel good, great creation Sarah and a fave

This is so adorable! I just love it!!

Oh my goodness, Sarah! This is wonderful! So much fun . . . very clever and beautifully designed! . . . .vf

This is sooo very cute, Sarah!

Love your work Sarah! This one makes me smile ! Its kid of crazy, like a doodle! L/F

Just the essence, just the pleasure, just the happiness. Just right, Sarah. It's a pod choice for me in the Best of Minimalism group.

Already told you how much I like this one, Sarah. I'm back because it's one of my two pod's in the Best of Minimalism group for October 20.

Congratulations! This simple and essential image has been selected by group members as a Featured Image in the Best of Minimalism group.

Thank you, Bob! I appreciate the feature.

What a wonderful drawing Sarah!!! LF

You are incredible! What a happy elephant! Love him!

Another vote for this delightful, whimsical drawing!

I LOVE this drawing of Baby Elephant!!!! l/f

Very cute and charming...love this Sarah!!

Your portfolio is a wonderland, Sarah.

Beautiful and so creative Sarah!! lfv

Delightful! I love this! v/f

Fun abstract, kids and adults will love this whimsical abstract!

I C U Sarah..lol, I love your mind, and your creations, thank you for clearing up, abbreviation,I thought..what does that mean..but was sure it was Good..:-) lol

Thanks, Allen... You've been pretty prolific lately yourself and moving in all kinds of interesting directions.