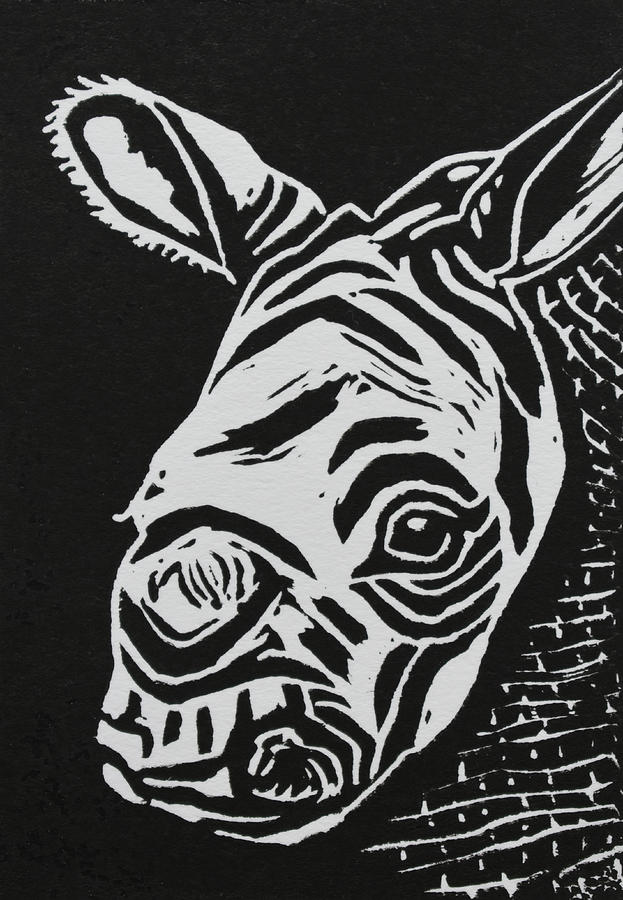 Rhinoceros are among the largest of land animals, with adults weighing up to 2,200 lbs. They eat trees, shrubs and fruit. They typically like to be left alone; and will only attack when feeling threatened. Black Rhino, which reside in southern & eastern Africa, are one of various species of rhinoceros that are endangered. Their biggest threat is being slaughtered for their horns, due to the demand for rhino horns in Asia & the Middle East. The horns are made of keratin, like human hair and fingernails. Rhino Babies, who haven’t grown horns yet (like the one in the print), are often orphaned when their parents are killed. Part of the 100 WILD ANIMAL MINI-PRINTS series.